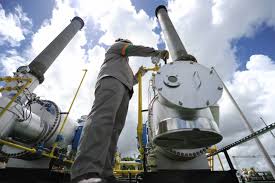 It is in the hands of the Chamber of Deputies to assess, change and approve a bill that promises to change the gas industry in Brazil. The New Gas Act aims to open up competition, expand investment and promote consumption. The PL 6407/2017 was approved by the Chamber of Deputies, went to the Senate and, on Thursday (10) night, came back to the Chamber, after being approved with changes by the Senate. But it is surrounded by questions and divisions in the sector. Thus, it will be assessed again.

The bill benefits the companies that intend to explore natural gas as it breaks the monopoly of Petrobras. Brazil has around 9,400 kilometers of gas pipelines, built from the creation of the Bolivia-Brazil gas pipeline during the administration of Fernando Henrique Cardoso in 1999. All those pipelines belong to Petrobras, which has the monopoly over their use. The new law determines that a company that owns the pipeline must allow other companies to use the network as long as they don’t harm the preference of the owner and pay for the service.

The bill converts the concession model for an authorization model, which will make the process quicker and more open. The authorization is given by the country’s oil and gas regulator, ANP. Previously the concession was given by the Ministry of Mines and Energy, required a tender and was much slower. Now, it will require just a public call and the ANP approval, which should be faster.

This situation of monopoly has started changing recently when Petrobras started to make part of its infrastructure available to other companies. But the Brazilian infrastructure is small: Argentina has 16,000 kilometers of gas pipelines, almost twice Brazil has.

For congressman Laercio Oliveira, who was the chairman of the committee in charge of the bill in the lower house, Brazil is currently ‘way behind’ in production, distribution and trade of natural gas. And he says that the new bill, if approved, will help the country to catch up. ‘It gives the industry a legal certainty. Now, gas (which is obtained from the exploitation of oil) is reintroduced in wells due to lack of infrastructure (to take it to the shore). As the law makes the export easier, it becomes a much coveted market,’ the congressman said.

Most of the gas produced in Brazil comes from the exploration of pre-salt oil. Due to the lack of market, the companies choose to reinject the gas in the well in order to extract more oil instead of offering it as an energy source.

According to the professor of the Institute of Energy and Environment of the University of São Paulo (IEE/USP) and researcher at the Research Center for Gas Innovation (RCGI) Hirdan Katarina de Medeiros Costa, the bill as it is right now may incentive the gas import before stimulating the national infrastructure. For that, she says, the gas market must be monetized.

‘It will take some time for more players to come into the market. Now, Petrobras is giving up assets, which allows for an increased number of suppliers as well as more affordable prices and more consumers. In order to build more pipelines, there must be a demand that warrants the investment and cut costs,’ she explains.

Brazilian Center for Infrastructure (CBIE) founding partner and director Adriano Pires says Brazil needed, in fact, a new regulatory framework on the industry. He believes the new bill is good. But shy.

Pires notes that gas production and distribution technology has come a long way so that now we are able to obtain gas, liquefy it, transport it, then gasify it again at a viable cost. Moreover, shale gas exploration has made the United States the world’s largest gas producer and exporter.

Now, Pires says, the problem is not one of supply. ‘It’s one of demand. Markets and infrastructure must be created. And the bill does not encourage none of those things. It ends up stimulating imports.’ To advance further, the bill should include articles stimulating the building of thermoelectrical plants and gas pipelines, says Pires.

According to the CBIE director, natural gas is a transition energy mix. Although it is fossil-based, it’s less polluting than other mixes used to operate a thermoelectrical plant, such as diesel. It can also be an energy source while the dependence on oil is reduced and the use of clean sources such as solar and wind is developed.

As it is, the new bill solves only part of the problem, after all the plants can be powered by imported or domestic gas. But Pires believes that the bill could be more well-rounded. ‘If it does not stimulate production, it will stimulate imports. As now there is a gas surplus across the world, the companies don’t use what is produced in the pre-salt, the country ends,’ Pires says.

‘Pre-salt and other exploration field are Brazil’s sources of wealth that can’t be wasted no more. The reinjection levels reach 40%. It is not sustainable to continue developing over 40% of the national gas production every day to the bottom of the well. It will only be fully explored when there is a strong demand, on one hand, and infrastructure enough to process it and transport it to the plants, shops and homes. So, we need to create assertive policies to encourage players to make the investments to really change the current situation,’ he said.

As Pires, Mendonça stressed the importance of the thermoelectrical plants for the energy mix. ‘These plants must be built in the countryside, thus stimulating the building of gas pipelines to take energy to several cities and town that are not yet served. As it is now, the text tends to incentive gas imports. And imported gas doesn’t generate royalties,’ he says.

Although it has large reserves, Brazil imports a large part of the natural gas it consumes. ‘Qatar is an example of a country that exports its reserves. Here in my state (Sergipe) there is a ship that receives gas from Qatar and supplies the thermoelectrical plants. They import it because the Brazilian gas is too expensive,’ congressman Oliveira finished.