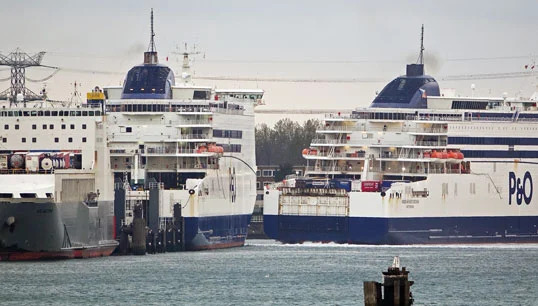 Saturday 17th September marked six months on from the scandalous decision by P&O Ferries to unlawfully dismiss 786 British seafarers without notice or consultation.

Nautilus also is also highlighting that the recent decision by the Insolvency Service not to pursue a criminal prosecution of the company reveals frailties in UK employment and corporate law which must also be addressed. Actions like those of P&O Ferries must never be allowed to happen again.

Nautilus is therefore calling for the government and the newly appointed Secretary of State for Transport Anne-Marie Trevelyan to speed up delivery of the nine-point plan which seeks to extend the scope of the UK minimum wage and support the creation of minimum wage corridors between the UK and its neighbouring countries. Nautilus is also calling on the government to enact its ‘Fair Ferries Strategy’ to promote higher standards in employment and working conditions for seafarers reflective of local conditions, not international minimum standards.

‘Six months on from the scandalous sacking of 786 seafarers by P&O Ferries we repeat our calls for P&O Ferries to be held accountable and for action by government to ensure this can never happen again.

‘We have a concrete proposal in our Fair Ferries Strategy to maintain and expand quality local employment in the UK ferry sector and bring an end the race to the bottom that P&O Ferries has turbo-charged. We need to create a genuine level playing field across the ferry sector here and with the help of our neighbours. ‘