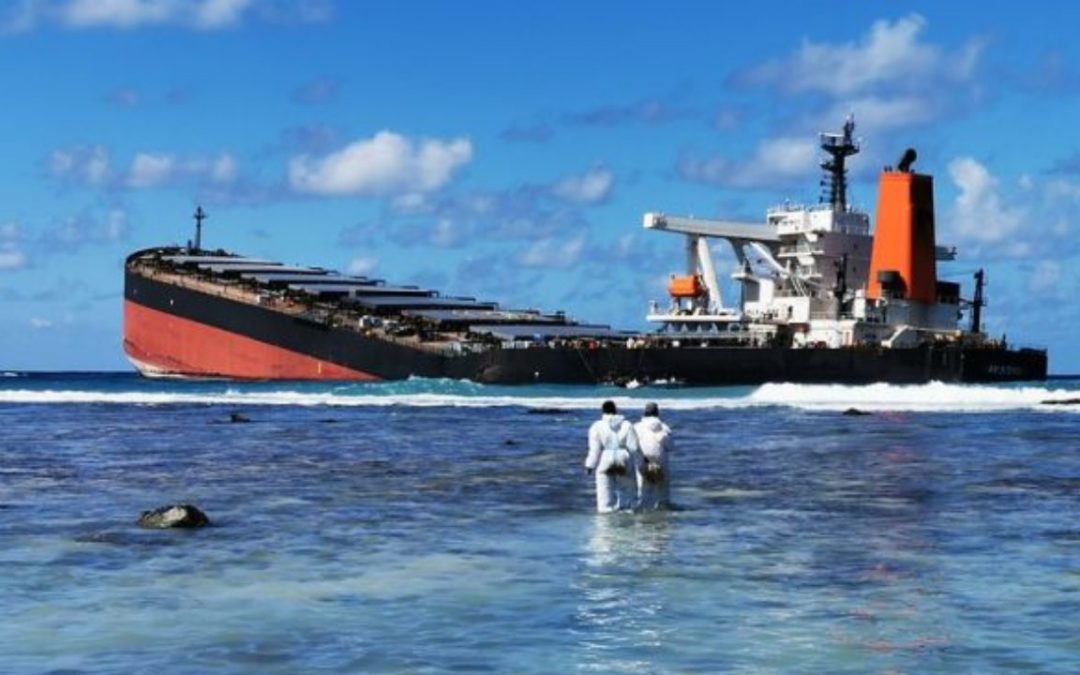 The Panama Maritime Authority (AMP), through a delegation of experts in maritime accidents relocated to Mauritius, collaborates with the investigation of the accident of the Panamanian flag ship Wakashio, which is still in the data collection phase.

So far, the competent authorities have been able to confirm that on July 25, the Wakashio ship, owned by the Japanese company Nagashiki Shipping Co. Ltd. (Nagashiki Kisen KK), diverted its navigation plan, approved at the time of sailing from Singapore bound for Brazil. The modification could be related to the celebration of the birthday of one of the crew members.

As far as the evidence shows, it has been known, through statements by the same crew, that the change of course is produced by indications of the captain of the ship, who gave instructions to approach about 5 miles away from the coast of Isla Mauricio, looking for a telephone and Internet signal, so that the crew members could communicate with their families.

It should be noted that the captain of the ship, the chief engineer and the first officer were on the navigation bridge when this improper approach occurred, which caused a dangerous situation alerted, in the first instance, by the Mauritian authorities.

The last position taken in the ECDIS (Integrated Nautical Charts and Navigation Equipment System) was at 1802 LT, and the ship grounding was recorded at 1925 LT.

According to the analysts, with a safe guard and applying good seamanship practices, a proper analysis of the situation would have allowed taking the pertinent actions to correct the course and avoid the accident.

On the navigation bridge there were people with sufficient experience in assessing the problem. An erroneous appreciation of the Electronic Nautical Chart could also be verified, since it seems that the wrong chart was being used and with the wrong scale, which made it impossible to properly verify the approach to the coast and shallower waters, the researchers add in their report preliminary.

The lack of supervision and monitoring of the navigation equipment, the distraction generated when the officer of the watch totally loses the course of the navigation and an “excess of confidence” during the watch, are indicated among the causes that could cause the grounding and sinking Partial of the vessel on a coral reef off Mauritius.

The AMP awaits the result of an interview with the captain, in pre-trial detention, and the first officer, and has requested access to the VDR (voyage data recorder) and other essential ship navigation documents in the investigation, which are in the custody of the Police of the Republic of Mauritius.