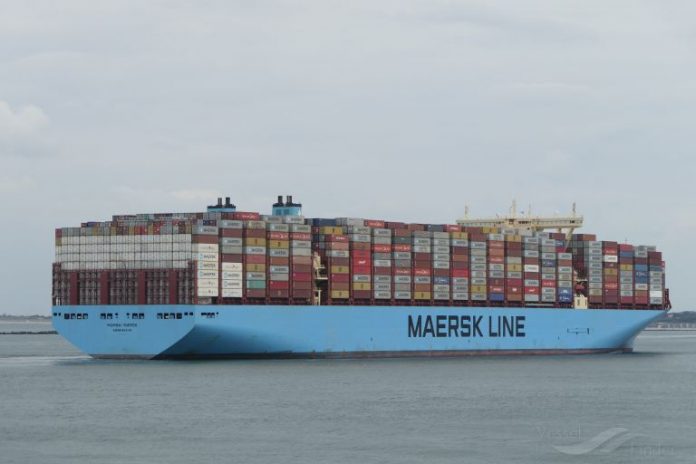 The container vessel Mumbai Maersk, which ran aground outside Bremerhaven on 2 February, has been safely refloated.

Maersk worked closely with Smit Salvage and Germany’s Havarikommando (Central Command for Maritime Emergencies) to safely refloat the vessel at 0130 hrs on 4 February, Maersk said in a statement. The company made no reference to the cause of the grounding, but it will carry out an investigation.

“The vessel is now waiting at a safe position for further hull and machinery assessment before it is expected to continue its voyage. Furthermore, an internal investigation into the cause of the grounding will be taking place,” Maersk said.

The crew are safe, there are no signs of a hull breach and no pullution, it added.

Mumbai Maersk ran aground outside Bremerhaven at around 2300 hrs on February 2; its position did not block port traffic. A first attempt to free the vessel on 3 February was unsuccessful; extra tugs were brought in for the second, successful attempt.

“Sailing from Asia, the vessel had its last stop in the port of Rotterdam before grounding outside of Bremerhaven. The vessel was on its way to discharge and consequently the cargo meant for Bremerhaven is still onboard, along with cargo destined for the Scandinavian countries,” Maersk said in a previous statement, adding that it had contacted affected customers.