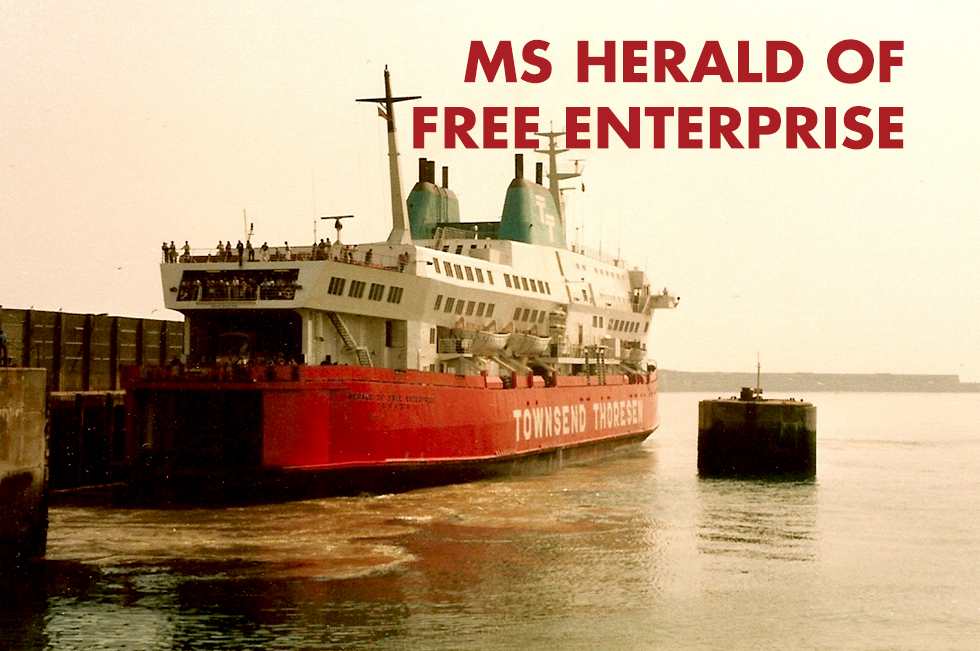 One of the root causes of this incident was that the bow door was left open by the assistant bosun, and was not identified by the captain prior while entering the rough seas. The deck was flooded causing the vessel to capsize. The contributory factors included for the ferry to sink were the absence of an indicator that the bow door was open; the top heavy design of the vessel; and lack of bulkheads to restrict water ingress. Assistant bosun, whose responsibility was to ensure the bow doors were correctly and completely closed was asleep in his cabin. The officer responsible for checking that the doors were shut was on the bridge engaging in other duties. The bow doors were not visible from the bridge. There was no warning system to alert them that the doors were open. Those on the bridge assumed that all was well for departure unless told otherwise.

The car ferry MV Herald of Free Enterprise was a catastrophic accident claiming many lives and injuring many both physically and psychologically, also resulting in cargo damage. At about 6.28 pm the ferry capsized, although it didn’t sink completely at first. Within five minutes, enough water filled below the surface of the ferry to kill 193 people.  It was not the first time that a Ro-Ro ship had capsized but the circumstances of the disaster urged the United Kingdom to request International Maritime Organisation (IMO) to consider a series of emergency measures that need to be adopted. Most of these consisted of proposed amendments to the International Convention for the Safety of Life at Sea (SOLAS), 1974, the most important treaty dealing with the safety of the world’s ships. In addition, this catastrophic capsizing became the cause in 1987 for the IMO Assembly to develop the International Safety Management (ISM) Code and for the creation of the UK Marine Accident Investigation Branch (MAIB).

Seven years later on the 28th of September 1994, the M.S ESTONIA was also lost to the sea as a result of water flooding through the bow door resulting in the death of 852 people. Hundreds of people were trapped inside the ferry as it filled with freezing water. Fortunately, the Herald had come to rest on a sandbar and her starboard side remained above water; and as she was still relatively close to shore, rescue vessels, helicopters, and divers could reach the scene in no time. But they couldn’t save everyone: of the 539 people on board, 193 lost their lives.

Once again it was the combination of human errors (management, design, and individual) that combined to result in the loss of lives. The disaster led to many design changes to improve RORO ferry safety, including CCTV and indicators to let officers on the bridge know whether the bow doors were closed. The captain, first officer were determined to have been negligent by the investigation, as well as the ferry’s owners, the captain and first officer received suspensions. The Herald of Free Enterprise herself was righted in April 1987 and scrapped the following year.

Furthermore, the Master followed a system that was operated by all masters who served on board. The ship standing orders did not make any reference to the opening and closing of the bow and stern doors. On previous occasions, other ships in the same company had proceeded to sea with bow or stern door open, a fact which was known to the Owners. The investigation report also concludes that the underlying or cardinal faults lay higher up in the Company. The company gave evidence of not realizing their responsibility for the safe management of their ships. The directors did not show a sufficient comprehension of what their duties were which also rendered them at fault. Thus, all must be regarded as sharing responsibility for the safety on board the Herald of Free Enterprise. The investigation report describes the Company as the failure on the part of the shore management to give proper and clear directions was a contributory cause of the disaster.

To date, the incident is considered, not only as the deadliest casualty involving a UK-registered ship since 1919 but also as a wake-up call for several safety improvements in this type of vessel.