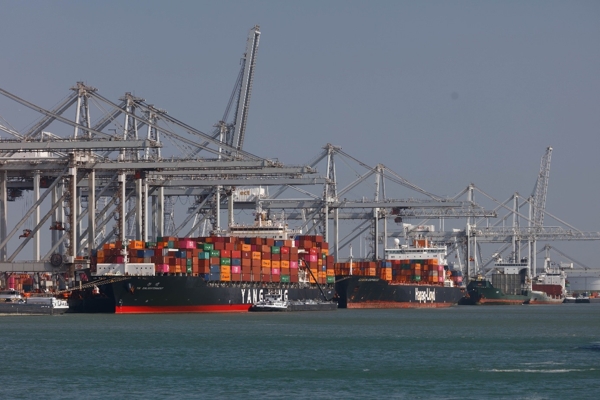 The shift towards multi-modality is now one of the most prevalent themes within transport research and transport policy. The development of multi-modal transport networks is seen as an important tool in the battle to reduce emission levels from transport and also to help ease road congestion around urban hubs and logistical bottlenecks. In Europe, and the European Union in particular, the movement towards a comprehensive Trans-European Network for Transport has been a pillar of the drive towards ‘ever closer union’ for a number of decades. While the policy has often suffered from a mismatch between rhetoric, work plans and implementation, it is clear that multi-modality lies at its heart. No more so is this the case than along the Rhine-Alpine corridor, one of the most developed of the ten corridors established in the latest round of policy shifts, but also the busiest and rapidly becoming more congested. The Rhine-Alpine corridor is both helped and hindered by the topography of Europe. The 540km of navigable waterway along the Rhine River allows for a significant level of inland waterway traffic between the gateway ports of Northwestern Europe and the densely populated and heavily industrial regions of North Rhine Westphalia, Switzerland and Northern Italy. However, the presence of the Alps has long hindered freight volumes and is often the primary cause for long journey times. Yet, progress is being made and two projects in particular look set to boost connectivity and the modal shift along this keystone corridor.

In its latest work plan for the Rhine Alpine Corridor, the EU’s Directorate General for Mobility and Transport (DGMOVE) highlights the following as the underlying need for action along the route: “The Rhine-Alpine is a mature corridor and as such, does not have major missing links. Rather, the main challenges for the corridor constitute bottlenecks emanating from increased traffic flows. The main bottlenecks exist in Germany and Italy where capacity upgrades are required. A better connection between the Belgian and Dutch networks with the German network is needed, particularly between Emmerich and Oberhausen. In addition, the access routes to the Swiss tunnels in EU territory (Karlsruhe – Basel and Swiss border – Milan/Novara) need to swiftly progress, as the Gotthard and Monte Ceneri tunnels will create a flat trajectory for rail freight through the ecologically sensitive Alps as of 2019/20. Capacity upgrades as well as better multimodal connections in the ports are also necessary.”

One of the aforementioned projects, namely the Ceneri base tunnel, has now been completed (early September) and is scheduled to begin operating fully by the end of the year. The project is an important part of the New Rail Link through the Alps (NRLA) and, upon the commencement of operations, represents the final piece of the puzzle. The NRLA, the largest infrastructure project ever put into action by the Swiss Government, includes the expansion of two key north-south rail routes. The project also includes the Gotthard base tunnel, the longest rail tunnel in the world at 57 km that was opened in 2016. The Ceneri base tunnel, located in the Canton of Ticino, measures just over 15km with a total project price in the region of EUR 3.3 billion. Together, the Gotthard and Ceneri tunnels are expected to reduce the journey time from Zurich to Milan by around 45 minutes to around three hours. Moreover, the Ceneri base tunnel will make the regional rail network in Ticino more attractive as a result of shorter journey times and better connections.

The Swiss Federal Office of Transport has stated that the NRLA is able to handle 800 freight and passenger trains per day with the rail link now stretching for some 107.1km. With the completion of the route, around 800,000 HGV journeys will be saved per year through the switching of freight traffic to rail from road. Overall, some 70% of the goods transported through the Alps is now moved by rail. The multi-modal route between Rotterdam and Genoa has thus taken a further step towards completion, saving shippers and carriers time and money. Given the extensive lead times of such projects, the relatively advanced stage of many of the Rhine-Alpine Corridor projects bodes well for the competitiveness of those ports included when compared to others, such as Bremerhaven (which lies on the North Sea – Mediterranean Corridor).

The second project, namely the Container Exchange Route located within the Maasvlakte II at the Port of Rotterdam, while of smaller scale, is no less innovative. According to the Port of Rotterdam Authority, “the CER enables transportation of containers on the Maasvlakte. A dedicated road network connects all terminals, container depots, and distribution centres and customs facilities on the Maasvlakte. Using this network, autonomous vehicles transport the containers to their destination, fast and efficiently, undisturbed by other traffic”. The movement towards an automated, largely driverless system offers a number of potential benefits for users, including shorter waiting times, cost savings and flexible and optimized supply chains. Furthermore, and perhaps more importantly, the project could act as a bellwether for further automation within ports but also outside of the immediate port cluster and through the wider hinterland transport network. The CER is scheduled for completion towards the end of 2021 and so many will wait with baited breath as to its effectiveness.

While this short piece focuses on just two of the many ongoing and well-documented projects aiming to enhance intra-European connectivity and further integrate the continent in an advanced and extensive hinterland transport network characterized by multi-modality and the seamless integration between transport providers. Looking at the events of 2020, although unprecedented, gives ample evidence for the importance of such a network in terms of providing both shippers and carriers the opportunity to be flexible and to keep supply chains operating effectively despite short term disruption and longer term changes to service routes and frequency. On the other side of the coin, namely that of the carriers, the desire to become integrated logistics providers becomes ever stronger. Already a leader in the field, Maersk’s recent announcement of its intention to integrate Damco into the Maersk brand provides further evidence of the ongoing shift. Other, and perhaps more radical measures have also been touted since the start of the year, including the development of landside alliances and the extension of the waterside alliances into the provision of multimodal transport.

Many of the projects involved in the development of such comprehensive transport networks, especially those concerning physical infrastructure, were conceived over a decade ago. Yet, the importance they hold as a means of addressing challenges of today’s world and providing the logistical solutions required is likely to act as further fuel for the fire, highlighting the importance of such landmark developments and the need for continued investment, despite the frequent opposition from a variety of stakeholders.