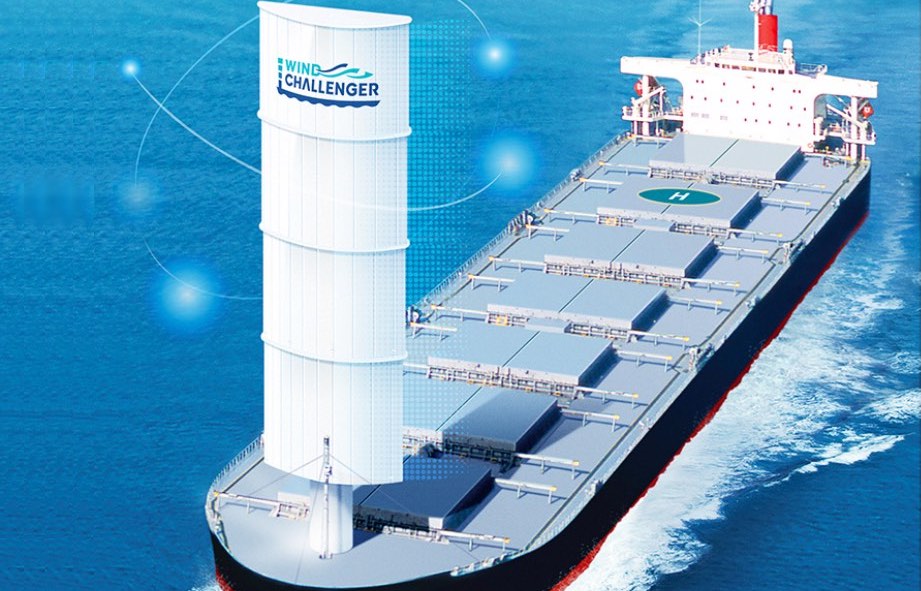 Japan’s Mitsu O.S.K. Lines (MOL) and Indian steel company Tata Steel announced that they will work together to develop an environment-friendly bulk carrier to transport raw materials to the steel mills. The goal is to deploy a new bulk carrier that can reduce greenhouse gas emissions in Tata’s supply chain.

In the initial stage, the partnership will explore the environmental benefits and commercial and operational feasibilities of various technologies. This will include a design concept that MOL has been developing with partners to add supplemental wind propulsion to its dry bulk carriers. Known as the Wind Challenger, it is a hard sail, which would reduce emissions by harnessing wind energy. MOL has been jointly studying the technology with cross-industrial partners and the first vessel to be equipped with the Wind Challenger is slated to start operation in 2022.

“The objective of the agreement is to reduce greenhouse gas (GHG) emissions in the ocean transportation of raw materials for production of steel,” said Peeyush Gupta, Vice President, Supply Chain, Tata Steel.

MOL noted that its group environmental vision plan targets becoming net-zero by 2050. Among the elements of the plan are the adoption of clean alternative fuels and the enhancement of energy-saving technologies.

Efforts that contributed to the development of the Wind Challenger began in 2009 with an industry-academia joint research project led by The University of Tokyo. In January 2018, MOL and Oshima Shipbuilding took charge of the design and in October 2019, received an Approval in Principle (AIP) for the hard sail system. Recently, MOL has been exploring the deployment of the technology with a number of its customers, including Enviva, a global renewable energy company specializing in sustainable wood bioenergy, and Tohoku Electric Power Co.

Late in 2020, MOL announced the order for the first vessel outfitted with the Wind Challenger. The 99,000 dwt coal carrier will be built by Oshima Shipbuilding Co. and is due to enter service in 2022. The 770-foot long vessel will operate for Tohoku Electric.

Japanese shipping companies have been exploring a range of wind-assisted propulsion concepts. While MOL is developing its hard sail, Kawasaki Kisen Kaisha, Ltd. (K Line) and France’s Airseas SAS are working on a kite-like wind propulsion project known as the Seawing. A year ago, they received an AiP from ClassNK for the wind kite project. In July 2021, K Line and Japan’s steel company JFE Steel announced plans to build three LNG-fueled bulkers that will also be fitted with the Seawing.