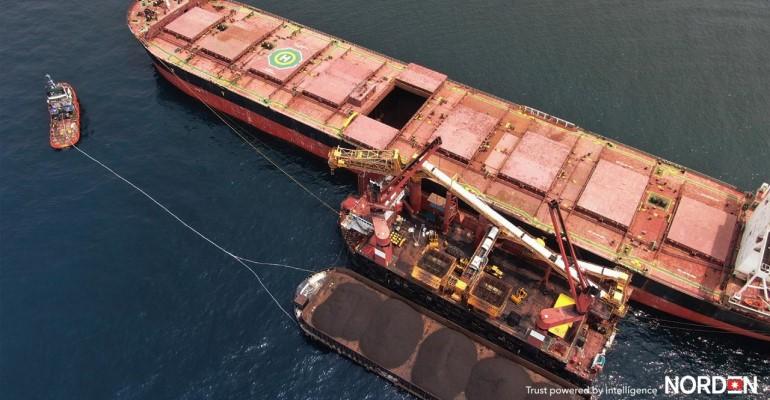 Keeping the lights on has become a top priority for many countries as the impact of Russia’s invasion of Ukraine extends across the global energy market and the world economy.

Shriram Sivaramakrishnan, managing editor APAC Dry Bulk Freight Market, outlined some of the challenges and opportunities faced by dry bulk operators. Against strong headwinds including the economic impact of the pandemic, rampant inflation, climbing interest rates and the increasing cost of capital, there were mixed signals across the sector, he said.

Europe’s growing energy crisis had led to an increase in European coal imports from the US and other long-haul exporters, with planned coal-fired power plant shutdowns being delayed or reversed. This has provided some support for the Capesize sector, he said, which had been hit by lower iron ore imports in China.

However, European demand for coal had resulted in more Capesize cargoes and a significant number of open Capes in the north Atlantic. This peaked in late April and May but is still evident, he said, and the Capesize sector remains under some pressure.

Rates in the supramax sector had recovered quickly following a decline over the first quarter, partly a result of Indonesia’s coal export ban. When it was lifted, a scramble for supramax tonnage was heightened by higher coal prices and a move to smaller cargo consignments. Meanwhile, a significant number of panamax vessels hit by the Indonesian coal ban ballasted from the Pacific to Brazil to service an earlier-than-usual grain harvest.

Following the steep decline in grain exports from Ukraine and Russia, Brazil and China had signed a four million tonne deal for 2022, following only a couple of cargoes last year. Much higher prices would have an impact on animal feed, however, ultimately filtering through to higher meat and food prices, Sivaramakrishnan warned.

Freight Analytics Lead, Andrew Scorer, noted that the many uncertainties in today’s dry bulk sector raise the challenges of forecasting. The spiralling cost of fuel was now a major concern for ship operators who were aiming to minimise ballast hauls and cut ship speeds, he said. They would also choose the cheapest possible fuel, he said, opting for very low sulphur fuel oil over LNG for dual-fuelled ships amid spiralling gas prices.

Meanwhile, imminent carbon efficiency regulations pose serious questions for operators. With a range of possible fuels under development, the technology options generate more uncertainty and could well be a constraint on bulk carrier contracting. The orderbook represents less than 7% of the existing fleet.

Fuel choice might depend on geographical ship deployment in the future, he said, but availability is not there today. Although the development of alternative fuels will inevitably continue, the analysts do not expect many changes in the overall marine fuel picture by 2030.