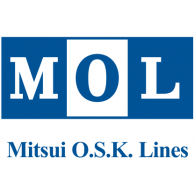 We recorded revenue of ¥484.6 billion, an operating loss of ¥4.2 billion, an ordinary profit of ¥32.7 billion and profit attributable to owners of parent of ¥30.2 billion.

We recorded ¥30.6 billion of equity in net earnings of affiliated companies in the non-operating income, mainly due to improved earnings at OCEAN NETWORK EXPRESS PTE. LTD, an equity method affiliate.

The following is a summary of business conditions including revenue and ordinary profit/loss per business segment.

(A) Dry Bulk Business
At the beginning of the fiscal year, the Capesize bulker market was weaker than it had been in the previous fiscal year because of sluggish shipments of Brazilian iron ore, attributable to the prolonged impact of the rainy season, and a decline in demand for steel products reflecting the effects of COVID-19 and other factors leading to reduced shipments of iron ore bound for Japan and Europe.
From late May, however, the overall market remained steady, while experiencing improvement and adjustment phases linked to increased demand in China and rising FFA rates. The Panamax bulker market was weaker compared to the previous fiscal year, but from June it began to trend upward thanks to brisk demand for the transportation of grain, including shipments from South America.
In September, demand for the transportation of coal bound for China and India began to slow down, but the market was supported by demand for the shipment of grain from North America to China. The market for wood chip carriers and open hatch carriers was affected by decreased shipments attributable to sluggish demand for paper bound for Japan, although some recovery was seen in demand for paper pulp bound for China. Under these market conditions, the dry bulk business posted lower ordinary profit for the first half than the previous fiscal year.

In the very large crude oil carrier (VLCC) market, the charter rate, which had remained low in the year-ago period, reached an historic high during the first three months of the first half due to increased tanker demand for floating storage triggered by falling oil prices. It then weakened gradually amid a decline in cargo volumes, reflecting an end to storage demand and agreed output cuts by the oil-supplying countries, and remained on a downward trend through the summer.

As it was in the VLCC market, the product tanker market recorded high charter rates during the first three months of the first half, but the rates trended lower in the second three months given sluggish cargo movement as refineries ran at reduced capacity amid a global excess of petroleum products. Under these conditions, the tanker division as a whole was in the black, with ordinary profit increasing significantly year on year thanks in part to favorable contracts secured by capturing the historic high charter rate in the market.

The LNG carrier division generated stable profit mainly through existing long-term charter contracts. The commencement of contracts for the world’s largest and the Company’s first LNG bunker vessel and the third conventional LNG carrier for the Yamal LNG Project in Russia, also contributed to profit. The offshore business division reported lower profit year on year, due to one FSRU performing a short-term contract, following the expiration of the prior contract.
The FPSO business achieved profitability, reflecting steady operation in existing projects.

Ocean Network Express Pte. Ltd. (ONE), the Company’s equity-method affiliate, saw a decline in liftings year on year. Meanwhile, spot rates were much higher in the second quarter than in the first quarter due to excess demand associated with recovery in cargo movements, especially on Asia-North America routes. With fuel prices also remaining at the low level seen in the first quarter, ONE reported substantial profit.

Even though completed car sales and production volume showed a tendency towards recovery with the introduction of COVID-19 measures in countries around the world, transportation volume of completed cars was far below the year-ago level. Profitability deteriorated significantly year on year despite efforts to minimize impact on performance through measures such as the adjustment of vessel supply, including the scrapping and re-delivery of vessels, and reduction of expenses through idling.

In the business of ferries and coastal RoRo ships, cargo movements as a whole are on a recovery trend, albeit with disparities in the extent of the recovery among routes. While the number of ferry passengers began to trend upward following the slump caused by COVID-19, it has remained below the year-ago level, and overall, the business of ferries and coastal RoRo ships’ profit and loss deteriorated year on year. We have stepped up infection prevention and control measures to reassure passengers and ensure their safety, such as the installation of industrial air purifiers with high performance filters on ferries.

(D) Associated Businesses
The real estate business posted year-on-year gains in revenue and profit thanks to the acquisition of new property in the previous fiscal year by Daibiru Corporation, which is the core company in the Group’s real estate business. The cruise ship business posted a large year-on-year decrease in ordinary profit due to the inevitable suspension of cruise services to prevent the spread of COVID-19, and the tugboat business also posted

year-on-year decline in ordinary profit due to a reduction in the number of vessels requiring tugboat services entering/leaving port. The trading business reported higher ordinary profit than the year-ago level due to reduced costs.

(E) Others
Performance in other businesses, which are mainly cost centers, including ship operations, ship management, ship chartering, and financing was on a par with year-ago level.

(2) Outlook for FY2020
(A) Dry Bulk Business
In the Capesize bulker market, brisk Brazilian iron ore shipments and port congestion in China caused by COVID-19 prevention and control measures have contributed to tighter demand and supply balance for vessels. However, decline in shipments associated with the rainy season and cyclones in Brazil and Australia is expected from the beginning of the new year. Meanwhile, in the small- and medium-sized bulker market, shipments of raw and other materials for general industries are likely to be affected; however, thanks to longstanding efforts to reduce market exposure, the impact of the market fluctuations on our business results will be limited.

(B) Energy Transport Business
The very large crude oil carrier (VLCC) market is expected to recover to some degree as shipments increase due to the winter demand period and the easing of output cuts. However, it is also anticipated that the slow recovery of oil demand amid the COVID-19 pandemic will exercise downward pressure on the market. The product tanker market is expected to recover moving forward given that demand is staging a modest recovery with the resumption of economic activity and increasing demand for heating oil in coming winter.
The LNG carrier division is projected to continue generating stable profit mainly through existing long-term charter contracts. Meanwhile, although the offshore businesses have steadily been accumulating stable profits for the past few years, it is likely to report a considerable year-on-year decline in ordinary profit in the current fiscal year, as a result of one FRSU engaging in a short-term contract after expiration of the prior contract until the commencement of the next long-term contract.

(C) Product Transport Business
In the containerships business, cargo movements are expected to remain steady for some time, although the summer peak season is over. ONE is anticipated to achieve profit in the second half, even after factoring in a decline in cargo movements in winter.
Regarding car carriers, shipments are expected to maintain an upward trend, with some routes faring better than others, and we will focus on early recovery in our business performance by continuing to rationalize vessel allocation and operate more efficiently whilst maintaining an appropriate level of fleet size.

In the business of ferries and coastal RoRo ships, signs of a recovery in ferry passengers have been seen recently thanks to the government’s Go To Travel campaign. However, concern remains of the prospect decline in business performance in case of another surge in COVID-19 infections.

(D) Associated businesses
The real estate business is expected to continue recording stable profit. The forecast for the cruise ship business factors in the resumption of cruises, whilst in the travel business, a modest recovery in business trip demand is anticipated. However, fluctuation in business performance is possible, depending on the COVID-19 situation.

Total assets as of September 30, 2020 decreased by ¥ 45.3 billion compared to the balance as of the end of the previous fiscal year, to ¥ 2,053.3 billion. This was primarily due to the decrease in Vessels.

Total liabilities as of September 30, 2020 decreased by ¥ 36.7 billion compared to the balance as of the end of the previous fiscal year, to ¥ 1,420.7 billion. This was primarily due to the decrease in Long-term bank loans.

Total net assets as of September 30, 2020 decreased by ¥ 8.5 billion compared to the balance as of the end of the previous fiscal year, to ¥ 632.6 billion. This was primarily due to the decrease in Unrealized gains on hedging derivatives, net of tax.

As a result, shareholders’ equity ratio increased by 0.4% compared to the ratio as of the end of the previous Fiscal year, to 24.9%.

6. Consolidated Financial Statements
(All financial information has been prepared in accordance with accounting principles generally accepted in Japan)