MEPs set to navigate shipping into the EU’s carbon market 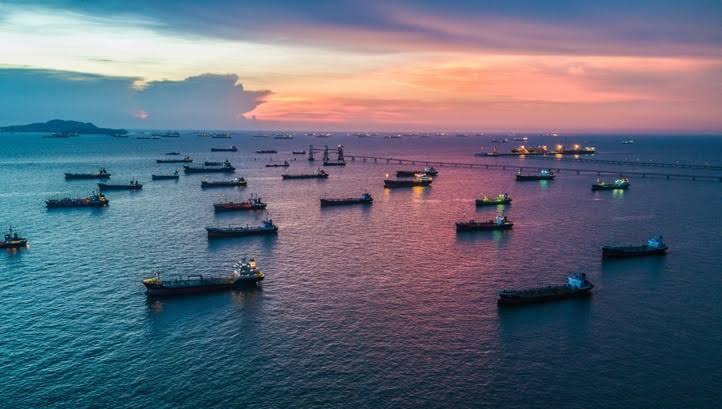 Members of the European Parliament’s environment committee (ENVI) will vote on Tuesday (7 July) on a package of measures intended to clean up the maritime sector and include shipping in the EU’s Emissions Trading System.

According to a set of compromise amendments seen by EURACTIV, the main political groups – EPP, S&D, Renew and Greens – will all back the vote on a key policy report that urges the Commission and Council to agree to a carbon market extension.

ENVI is the most influential committee on climate policy and the result of the vote is likely to be mirrored by the full plenary sitting before inter-institutional talks start later in the year.

In 2018, ships emitted 3.7% of the EU’s total carbon dioxide emissions – some 138 million tonnes – and, as global trade is projected to increase, those numbers are only expected to grow.

According to new data released last week, the Mediterranean Shipping Company (MSC) is the bloc’s seventh-largest emitter, just ahead of low-cost airline Ryanair. The other spots on the top ten list are occupied by coal-fired power plants.

Shipping’s carbon footprint is regulated by the EU’s monitoring, reporting and verification regulation (MRV). It is currently in the process of being updated and MEPs want to give the rules extra clout in order to force maritime firms to reduce their emissions.

Lawmakers on the ENVI committee will vote later on Monday and Tuesday on a draft report penned by the German Greens’ Jutta Paulus, who wants to use the MRV review to speed up the sector’s voyage into the ETS.

An amendment to the Commission’s proposed update insists that “the scope of that Regulation should […] be extended to include binding requirements for companies to reduce their GHG emissions per transport work.”

It also adds that the new rules should “extend the EU Emissions Trading System (EU ETS) to cover the maritime transport sector”.

The report also insists that companies should reduce their average emissions by 40% every year by 2030 and that the Commission should impose “effective, proportionate, dissuasive” financial penalties in line with the ETS for any firms that miss their targets.

All ships at berth in EU ports would also have to ensure that they do not emit any carbon dioxide by 2030 while idle, opening the door for more dockside electric charging infrastructure that could power vessels.

However, the EPP and conservative ECR group are not fully on board with the idea of pricing maritime emissions immediately and will insist that the EU executive carry out an in-depth impact assessment first.

The other political groups maintain that an analysis carried out back in 2013 still holds water and that only a limited number of factors would have to be updated in order to get an accurate picture of the sector.

Some member states, including Greece and the Netherlands, will also reportedly push for the Commission to crunch all of the numbers again, which is likely to push back the timeframe significantly, given the human resources needed to complete the assessment.

The Commission is ostensibly in favour of extending the carbon market to shipping – it has been mentioned in its flagship Green Deal climate policy and included in its proposal for a virus recovery fund – as it could help fuel debt repayment efforts over the next few decades.

Part of the reason for imposing an efficiency target and carbon pricing is to stimulate investment in cleaner ships and steer the sector towards more sustainable vessels.

The Paulus report suggests setting up an ‘Ocean Fund’ that would help shippers invest in new, clean technology. The common pot – fuelled by sales of ETS pollution permits – would be earmarked for forays into alternative fuels like ammonia and hydrogen, as well as setting up green ports.

Some harbours have started to offer reduced rates for ships that are powered by batteries and the draft report wants the EU executive to look into “demurrage tariffs based on emissions” that would likely punish dirtier vessels.

Funding new tech is likely to fit in nicely with the Commission’s own hydrogen strategy – due to be published on Wednesday (8 July) – which will reportedly aim to restrict deployment of the zero-emission fuel only to transport nodes that really need it.

Hydrogen’s application in shipping has long been mooted, given its superior energy density over electric battery power, and the possibility of converting it into ammonia, which would take up less space in cargo holds.

The EU has already dedicated funding to the idea of ammonia-powered ships. Its Fuel Cells and Hydrogen Joint Undertaking recently awarded €10 million to a project that aims to debut a vessel in late 2023.

Danish shipping giant Maersk has pledged to be carbon-neutral by 2050 and in late June unveiled plans to invest €53 million in a research centre tasked with making that target a reality.