Meet the ‘Mayflower:’ Sailing Into a New World, All Over Again 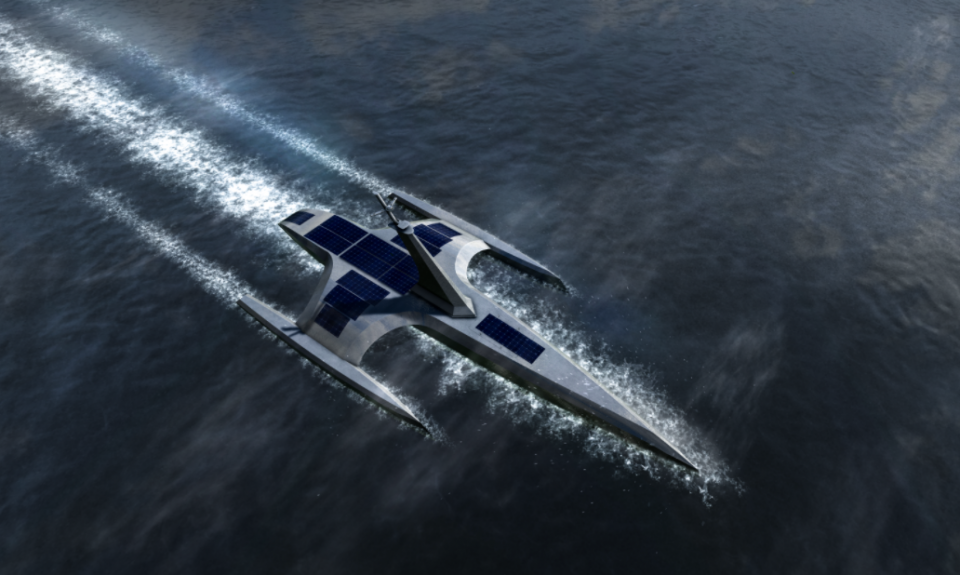 Four hundred years ago, the English ship Mayflower departed Plymouth on a voyage of possibility. Without any guarantee of success, its 102 passengers braved a perilous trans-Atlantic crossing to build a new society in an unknown land.

Next spring, another ship dubbed Mayflower will sail out of that same harbor and into the North Atlantic. It too represents one of the first attempts to do something new and revolutionary. Like its predecessor, this ship has no guarantee of landing safely on a distant shore. But unlike the original, this voyage will put no lives in danger. The ship that sails from Plymouth this year will be fully autonomous.

Created by a global consortium of partners including IBM and led by the nonprofit research organization ProMare, the Mayflower Autonomous Ship, or MAS, will use artificial intelligence and the energy from the sun to chart its own course from Plymouth, England, to Plymouth, Mass. A global team of engineers, ship builders, and software developers will monitor its progress from afar. The voyage — which will take about two weeks, compared with two months for the original Mayflower — will be the first time a full-sized, autonomous ship has crossed the Atlantic. Whatever the outcome, the voyage will further the goal of creating autonomous surface ships capable of operating for long durations in challenging conditions.

The military implications of this demonstration are profound, because operating our current fleet of naval surface vessels is a breathtakingly expensive and strategically-limiting proposition. For example, the cost of the two Arleigh Burke-class guided-missile destroyers the Navy plans to buy this year is nearly $2 billion each. Add in estimated operating and support costs of $33million annually per ship, and the current fleet of more than 80 DDG-51 vessels represents a substantial expense. Partly for this reason, the Navy’s anticipated Naval Force Structure Assessment this year is expected to call for shifting the fleet to a mix of crewed and autonomous surface vehicles. It is also worth noting that ships without crews can operate without the concern of spreading infectious diseases like COVID-19.

The Navy already operates a diverse fleet of autonomous underwater vehicles. Navy leaders say that adding autonomous ships to the mix would have a positive impact on the budget, introduce new strategic options to naval operations, and potentially save lives. With reduced unit cost, these vessels can be deployed in larger numbers and exposed to greater risks than crewed ships. And the same explosion in computing power that makes these ships possible also will give them a tactical advantage, as onboard AI systems learn from their environment and adjust the vessel’s activity in real time to avoid threats and limit an enemy’s ability to predict the next move.

Those capabilities have not yet been proven. But when the MAS takes to the sea, it will be equipped with IBM’s advanced AI; cloud and edge computing technologies; RADAR and optical sensors; and inertial and satellite navigation — giving it the ability to operate on its own in the middle of the ocean. Using IBM’s PowerAI Vision technology and an inference engine taught to follow the rules of navigation, or COLREGs, it will be able to recognize and avoid obstacles such as other vessels, marine mammals, and floating debris as it makes its way across the Atlantic.

Developers working on the project will record operational data to learn in detail how the ship handles whatever it encounters, and how its systems and sensors perform after weeks at sea. The vessel also will collect scientific information on ocean conditions, marine mammals, and pollution that will be publicly accessible through the ship’s web portal.

Although capable of autonomy, we envision vessels like the MAS almost always operating with remote supervision. The interplay between a human operator and the ship’s AI has the potential to give its human overseers better situational awareness, reduced cognitive burden, and lower stress during crisis situations compared with a shipboard crew, all of which lead to better decision-making. Thus the effect of this collaboration between human and machine is not artificial intelligence, it’s augmented intelligence — a division of cognitive labor that improves strategic thinking overall.

Once the Mayflower’s voyage ends, every possible data point on the vessel’s performance will be analyzed with IBM’s Watson AI to give us a better understanding of how autonomous vessels handle challenges like obstacle avoidance, changes in sea state, and sensor occlusion. Real-world data like this is invaluable to developers as they develop and train the machine learning models that will sail the autonomous warships of the future.

Our hope is that years from now, some of the code from the MAS will lie deep within the virtual brains of autonomous naval ships sailing around the world — much as the spirit of the original Mayflower lives on in America’s historical legacy.