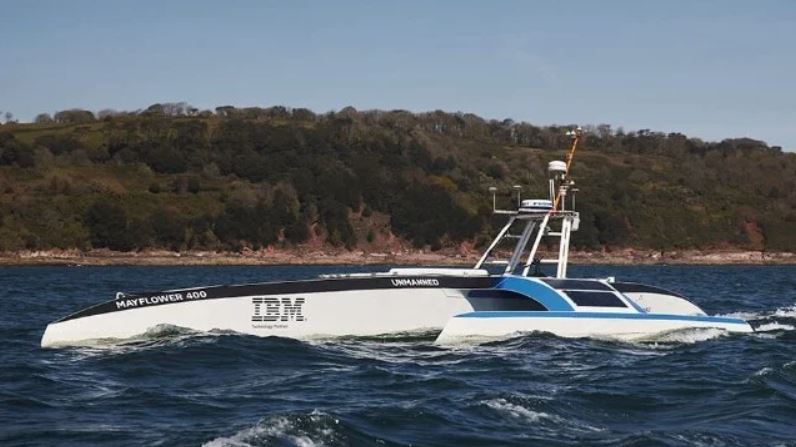 For the second time during its attempt to become the largest unmanned vessel to navigate across the Atlantic, the Mayflower Autonomous Ship (MAS400) is being forced to divert due to a mechanical failure. The organizers of the voyage are reporting that the technology is working correctly but they are now heading to Halifax, Nova Scotia to investigate and fix a new mechanical issue.

ProMare, the maritime research organization conducting the voyage reports, “Over May 28-29, MAS developed an issue with the charging circuit for the generator starter batteries. On May 30, the team had to switch to the backup navigation PC.”

After switching to the backup system, the decision was made to head for Halifax, where they expect the craft will arrive on June 4 or 5. The dashboard tracking the vessel’s progress shows that it is continuing to make between approximately 1 and 3 knots. Once the vessel reaches Halifax, they will decide if it can continue to its planned destination which was Washington D.C.

The Mayflower departed the UK at the end of April and while it has been forced to divert twice during the voyage it will still achieve the objective for an unmanned crossing of the Atlantic. ProMare also says they “are learning a tremendous amount about how to design, build, and operate autonomous vessels.”

On May 6, approximately a week and a half into the voyage that was expected to last about three weeks, ProMare reported the first mechanical failure of the voyage. They diverted the vessel to Horta in the Azores where engineers determined it was an isolation switch related to the generator aboard that had failed. They refueled and ran additional tests and then after bad weather passed departed Horta on May 20. The team noted that it was the first remote start of the vessel and if conditions remained favorable, they hoped to complete the 2,225-mile voyage in 16 days.

By May 30, the Mayflower had traveled a distance of nearly 2,900 miles completing 70 percent of the voyage. They had less than 1,300 miles to go to reach their destination in Virginia. They then planned to navigate the vessel to Washington D.C.

A mechanical issue also doomed the first attempt to cross the Atlantic in June 2021. The Mayflower had completed 11 percent of its crossing on the first trip when three days out power levels and speed fell.  The engineers feared it would not be able to complete the crossing and decided to abort the attempt and bring the vessel back to the UK. They made repairs and improvements before starting the second attempt at the crossing.

Measuring 50 feet in length and weighing five tons, the craft was developed at a cost of more than $1 million in a research partnership involving the University of Plymouth, IBM, autonomous vessel specialists MSubs, and Promare. It is equipped with six AI-powered cameras that provide images to the computers which were educated about land, ships, and other potential obstacles by studying more than one million images. The vessel also has 30 onboard sensors and 15 edge devices. It feeds data from the voyage back to the team onshore via satellite connections.