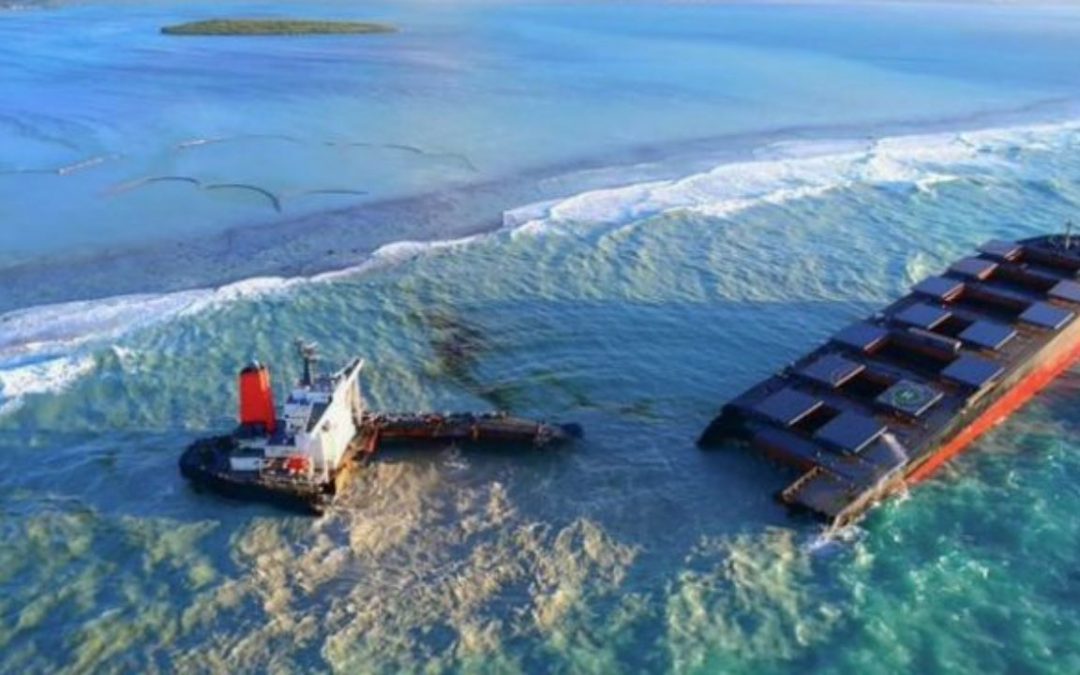 The ship began to leak fuel and broke apart in mid-august. Although much amount of oil was pumped out from the ship, but an approximate of 1000 tonnes oil spilled into the sea causing one of the worst environmental disaster ever in Mauritius.

The Japanese Operator of MV Wakashio has pledged to pay $9.4 million to help restoring the places affected by the oil spill.

Mitsui OSK Lines officials said that they planned to donate nearly one billion Japanese Yen to support measures to restore marine environment. The measures and projects are in partnership with various experts, environmentalists and local NGOs.

After the ship was split into two, the larger section was towed to the sea and left out to sink, but the smaller section got stranded in the island nation’s pristine, coral filled waters.

Being found guilty for hundreds of tonnes of oil spillage off the coast of Mauritius, the Captain of the ship MV Wakashio, named Sunil Kumar Nandeshwar, a 58- year old Indian man has been arrested, and was charged with endangering safe navigation.

Japanese media told that they steered the ship near the coast to chase Wi-Fi signal to contact their family about present covid situation.

It has also been found from an unknown judicial source that, there was an alcohol-fuelled birthday party on the day of the accident.

A team of experts from Japan are arriving in Mauritius on Wednesday to help with the clean-up, Japan’s foreign ministry has said.

Mauritian Prime Minister Pravind Jugnauth also declared state of emergency and appeared for international help. “We are in a situation of environmental crisis,” Kavy Ramano, the country’s environment minister, had said.

Volunteers took the threat into their own hand and started making barriers against the oil, inspite of being ordered by the government to leave the operations to the authorities.

The amount of oil spill was less as compared to what has happened in the past. But the spill took place in two environmentally protected ecosystems and the Blue Bay Marine Park reserve.