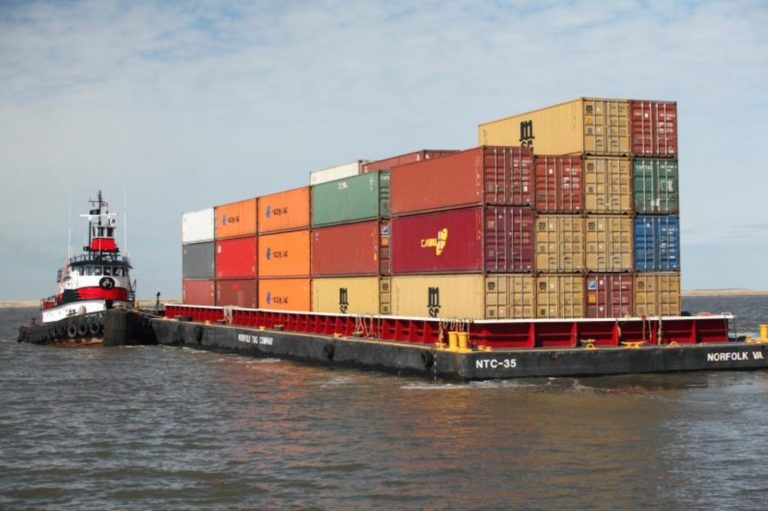 The designations were awarded for projects in North Carolina, Alaska, and Puerto Rico, which can now apply for funding through the Bipartisan Infrastructure Law to help address supply chain challenges.

In March, the Department of Transportation announced the availability of nearly $25 million in grant funding through the Bipartisan Infrastructure Law for the AMHP. The funding amount got a boost in April when the Fiscal Year (FY) 2022 Appropriations Act made an additional $14.8 million available for the AMHP. This is the most funding for Marine Highways in American history.?

The new Marine Highways announced today are eligible to compete for the full funding.

The AMHP supports the increased use of the nation’s navigable waterways to relieve supply chain congestion, provide new and efficient transportation options, and increase the productivity of the movement of goods.

“The President’s Bipartisan Infrastructure Law focuses on ensuring that every Marine Highway project improves the movement of goods,” said Deputy Maritime Administrator Lucinda Lessley. “We will also address resiliency, the reduction of emissions, and other public benefits like supply chain congestion and safety.”

In order to maximize applications and funding opportunities in accordance with the notice criteria, MARAD has amended the FY 2022 Notice of Funding Opportunity to make the total funding available during the current grant application period $39,819,000, and has extended the application due date to June 17, 2022.

Details of the four new Marine Highway Projects, via MARAD, are below:

Riverbulk Steel Shuttle (North Carolina): The Project Designation will support anexisting barge service that transports steel plates along the existing M-95, M-64, and M-495 Marine Highway corridors. This service runs from the Riverbulk Terminal in Edenton, NC to locations in Norfolk, Baltimore, Wilmington, Philadelphia, and ports in New Jersey utilizing a covered hopper barge for Lift-On/Lift-Off (Lo/Lo) operations. Cargo transits the Chowan River, Albemarle Sound, Intercoastal Waterway and its tributaries, the Chesapeake Bay, C&D Canal, and the Delaware River. The destination ports within this service can handle barge cargo and significantly reduce the number of trucks on the road as well as reduce shipping costs for Nucor Corporation and any other beneficial cargo owners that will use this service.?The applicant is expecting to eventually seek grant funds to support the acquisition of a Buy American-compliant barge.

Yakutat, Alaska’s Freight Expansion Service (Alaska): The Project Designation will serve the City and Borough of Yakutat, Alaska through the expansion of an existing freight service on the M-5 (AK) Marine Highway Route. The overall operation of the proposed project includes fishing vessels, freighters carrying vehicles, heavy equipment, building supplies, passengers, food and supplies, pleasure vessels, and commercial vessels. The project will include the eventual extension of the dock. The extended sheet-pile-type dock will eliminate most pilings and reduce damage overall. The project sponsor expects that this project will put them in a better position to handle larger vessels and handle a greater quantity of ships.

Unalaska Express (Alaska): The Project Designation will support the growth of the CMA CGM barge terminal currently operating in the City of Unalaska’s International Port of Dutch Harbor that utilizes the Alaska M-5 route to connect Kodiak, Seward, and Valdez. Currently, the CMA CGM Dutch Harbor Terminal serves as a port of destination for Alaskan commodities, which is critical to the state’s economic growth. The terminal already has an existing barge service that operates throughout the Aleutian Islands serving the people of Alaska. This project will result in a 20 percent increase in cargo volumes and will provide a safer working place for Alaskan workers.

Puerto Rico Maritime Transportation Services Project (Puerto Rico): The Project Designation will establish reliable routes among Ceiba, Culebra, and Vieques that will allow island residents access to the essential services located primarily on the main island, such as food, groceries, furniture, construction services, materials, and equipment. Currently, the ferry service is the only way to bring palletized and unitized freight to the island. The project will promote better development opportunities for residents and businesses through the development of both Ceiba and the Municipality Islands. All the goods and services available in the islands are dependent on the limited maritime freight vessels available now. This designation reinforces the importance of maritime transportation as the economic lifeline for Culebra and Vieques.