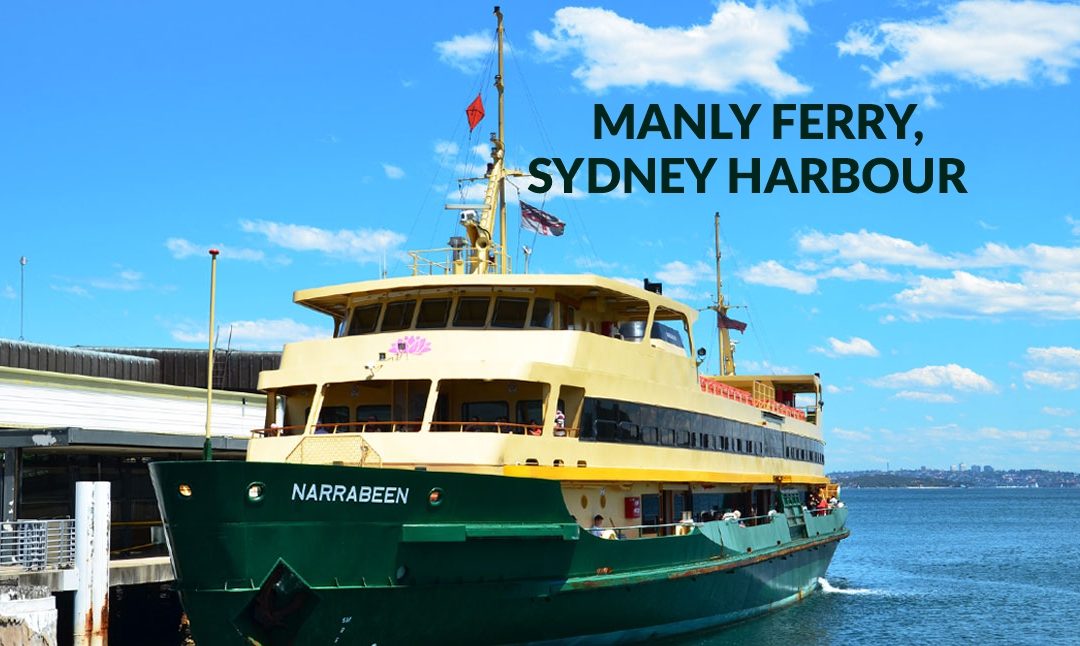 The tour of Sydney will be incomplete without the tour of the ferry that we are going to explore today. In our series of top ferry rides in the world, we are delighted to introduce you to the next ferry: ‘The Manly Ferry.’

Manly in the state of New South Wales, Australia is a suburb of northern Sydney. Seventeen km away from the northeast of Sydney’s Central business district, it is one of the three administrative centers of the Northern Beaches Council. Gayemagal people are the traditional owner of the Manly. However, the name given to the island belonged to the Aboriginal people living in the northern reaches of the harbor.

By 1787, Captain of Royal Navy, Sir. Arthur Philip with a fleet of ships left England to establish a colony in New South Wales. By 1788, he arrived at Botany Bay with his fleets of a ship, but he found the weather unbefitting. With others on January 21, 1788, he traveled north and explore the port Jackson for three days. Impressed with the aboriginal people behavior who were living on the Manly land, they called the place ‘Manly cove.’ Manly Cove was a perfect port for small boats as it was surrounded by the calm water of North Harbor. And thus, the expansion begins in the Manly cove and North Harbor areas.

The history of the ferry on the Manly Island started when an English businessman, Henry Gilbert Smith anticipated that manly with its ocean beach on one side and sandy cove on the other would be a great watering place for the people living in Sydney. Even for the Manly Township the north harbor was the only way which was connecting them with Sydney, long before Henry encountered the land.

In 1856, a daily ferry service was commenced. To run the manly ferry efficiently Henry Gilbert obtained the ‘Phantom’ steamer. Later in the years, the ferry service began to operate under the management of the Port Jackson Steamship Company. Newly designed vessels were introduced as an alternative to paddle steamers which today has developed into Freshwater class with double-ended screw propellers, hull made up of steel, high forecastle, large passenger seating area, and a passenger capacity of up to 1,000. Between the years 1905 and 1922, six vessels were built named Binngarra, Burra-bra, Bellubera, Balgowlah, Barrenjoey which was later renamed (North head), and Barragoola by Mort’s docks and engineering company. With the high speed of 14 knots, they were able to reach the port of manly within 30 minutes.

The iconic Manly ferry was the fleet of four freshwater class ferries. The first ferry was named after the freshwater beach launched in the year 1982, following the establishment of the Queenscliff later in the year, besides the Narrabean ferry in 1984 and Collaroy in 1988.  The dimension of the manly ferries were 70 meters in length (230ft) in length, 12.5 meters (41ft) wide, draught of 3.3 meters (11ft) and they displace 1,140 tonnes’ (1122 Imperial tons). The Manly ferry possesses the Green and Cream color theme. Being an international tourist attraction manly ferries can be entitled as the jewel of Sydney.

Since the 18th-century manly ferry has been sailing on the Australian ocean commuting from Circular Quay and passes the Overseas Passenger Terminal, besides Sydney Harbor Bridge and sets its journey towards manly. This 30 min ferry ride provides some of the most scenic and pleasing views of the harbors along with the sight of the most acclaimed, the Sydney opera house as well as Kirbilli house which is a secondary official residence of the Australian Prime Minister and of course the well-known Harbor Bridge. Continuing with the journey, on the widened waterways, passengers can explore the extravagant views of Taronga Park zoo and the land of Sydney harbor national park. The ferry also takes a halt at Darling harbor, Manly beach, Parramatta, and Meadowbank. The ferries were still running during the time of COVID. However, Sydney’s Iconic Manly Ferries took its final voyage in October, and unfortunately, two of the iconic Freshwater Fleet (Queenscliff & Narrabean) were replaced by French company Transdev’s Emerald-class Catamaran vessels. After serving for four decades the iconic MV Queenscliff and MV Narrabeen Manly ferries had to say goodbye to its commuters.