Majority of unused land with Major Ports to be used for industrialisation : Mansukh Mandaviya 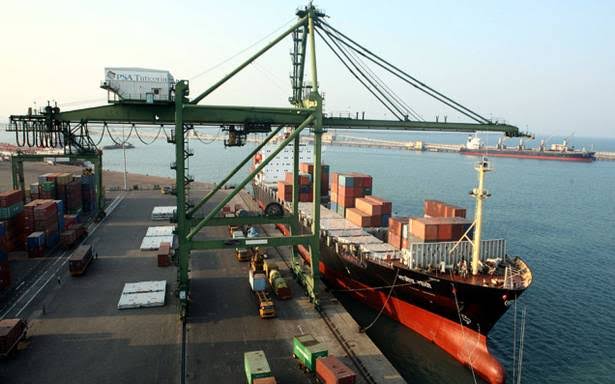 To propel port-led development, the Government will ensure industries are set up on a chunk of the 1.10 lakh hectares of land available with India’s 12 Major Ports, Union Minister Mansukh Mandaviya said.

Apart from this, plans are afoot to boost cargo handling, he said.

“Major ports have among them about 1,10,000 hectare land. A chunk of this will be used for developing industries and industrialisation for port-led development in the country.

We are in the process of identifying port-led industries,” Minister of State for Shipping Mandaviya said recently.

These 12 ports had handled 705 MT of cargo in the last financial year.

Mandaviya said so far the ports’ land was being utilised for earning rent.

“Land was used to get rent but earning money is not my work. My work is to generate employment, increase cargo and increase the indigenous production,” the Minister said.

Large portions of land belonging to major ports are under lease with various departments of the central and state governments. Interest and penal interest have been levied in cases of unpaid lease rentals, as per the annual report of the Shipping Ministry.

“The interest and penal interest over a period of time have increased quite substantially which is coming in the way of settlement of lease rent. In order to facilitate and expedite the recovery of these huge pending dues of Major Ports, Ministry of Shipping has issued ‘One Time Settlement Scheme’ for settlement of dues,” it said.

Terming port sector development crucial for economic growth, Mandaviya said a large number of steps have been initiated for ports including capacity augmentation.

“We have a coastline of 7,500 km which can be harnessed to fuel economic growth and employment,” he said.

Based on availability of land with the major ports, the Ministry of Shipping is developing various industrial zones. SEZ at JNPT (Rs 12,554 crore), Smart Industrial Port Cities (SIPCs) at Paradip (Rs 7,600 crore) and Kandla (Rs 11,147 crore) are under implementation, the annual report said.