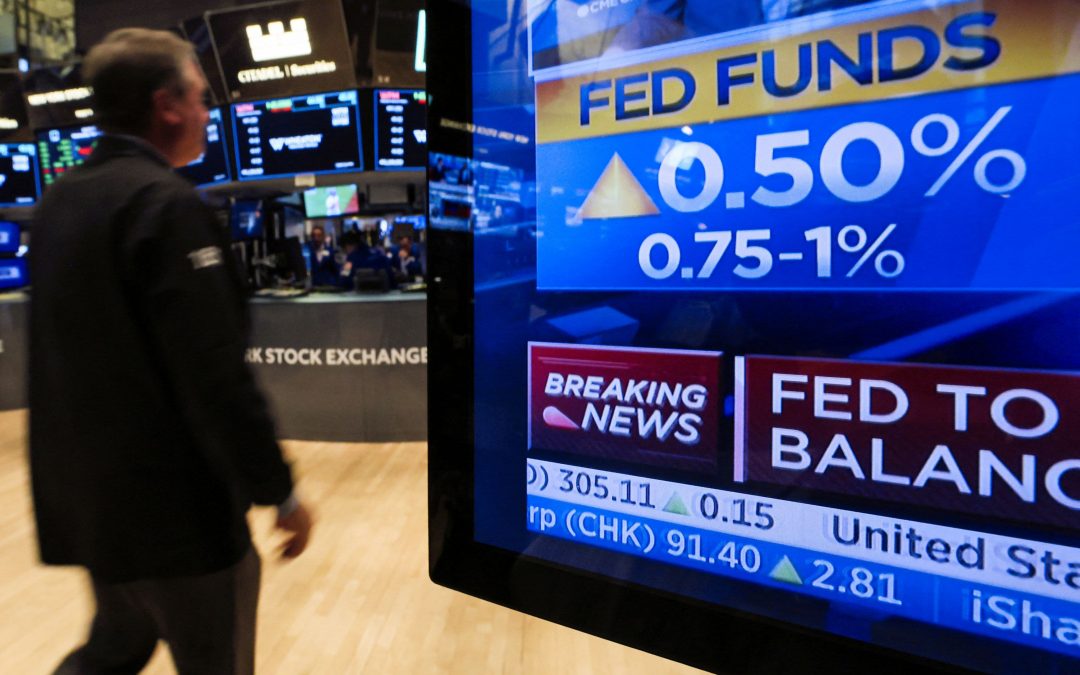 Nearly 59% of market participants expect the Fed to hike by 75 bps, with the remaining 41% pricing in a 50 bps hike in September, the FedWatch tool showed.

The data shows a reversal in sentiment from last week, where a majority 61% of participants expected a 50 bps hike.

The reversal comes in the wake of several Fed officials suggesting that the bank will likely not reduce its pace of rate hikes until inflation is comfortably within its target. Officials said that the bank’s benchmark rate could end 2022 at as high as 3.75%. It is currently between 2.25% and 2.50%.

Annual CPI inflation stood at 8.5% in July. While the figure did ease slightly from June, it is well above the Fed’s target of 2%. CPI inflation is hovering around 40-year highs.

Risk-driven markets such as stocks and currencies were sold off this week in fear of hawkish comments from Powell, while the dollar index traded just below 20-year highs.

Overnight, rate-sensitive technology stocks were sold off the most on Wall Street, as investors discounted the sector against expected interest rate increases.

Concerns over a potential recession have also hit risk-driven assets, with investors fearing that quicker-than-expected tightening in monetary policy will dent economic growth.

The U.S. economy has already contracted in the first two quarters of 2022, with no reversal in sight.