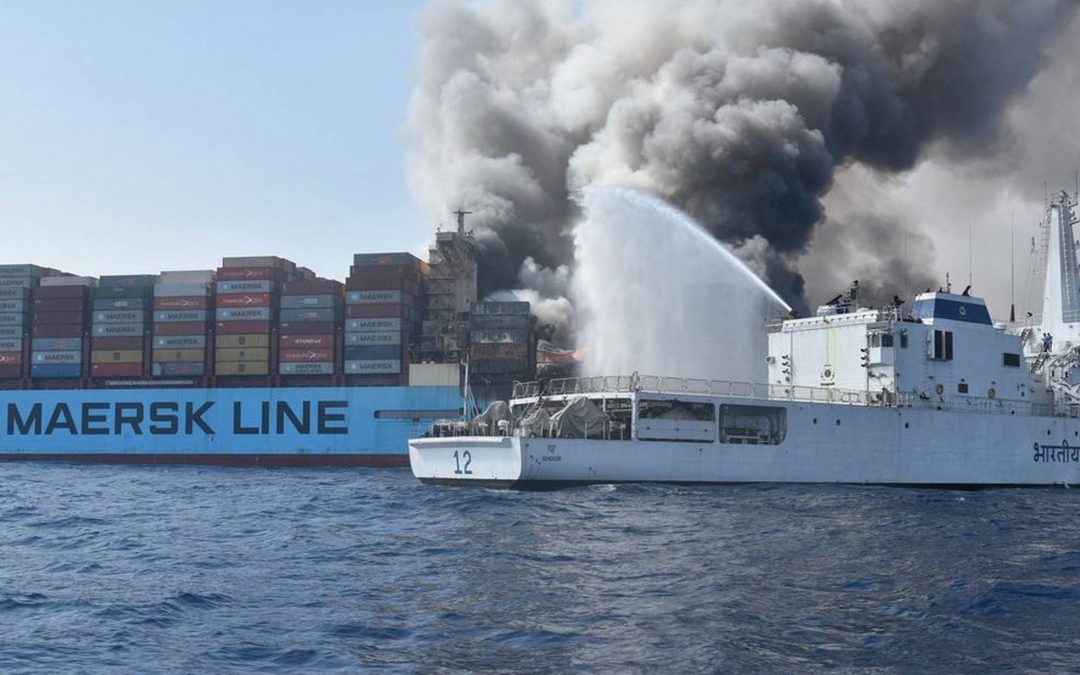 A.P. Moller – Maersk, parent company to the world’s leading shipping line, has responded to the final investigation report into the fatal March 2018 fire on board the Maersk Honam, one of the worst accidents in the history of the company and the container shipping industry at large.

The Maersk Honam caught fire on March 6, 2018 while underway in the Arabian Sea towards the Suez Canal. At the time of the incident, the ship was carrying 7,860 containers, corresponding to 12,416 twenty-foot equivalent units.

Despite the firefighting efforts which included releasing the vessels’ CO2 system into the cargo hold, the first spread uncontrollably for week, encompassing the entire bow from the superstructure forward.

Five crew members tragically lost their lives in the incident.

The vessel was eventually towed to Jebel Ali for salvage. It was later cut up and transported to South Korea where it was rebuilt and returned to service August 2019 under the name Maersk Halifax.

The investigation was led by the Transport Safety Investigation Bureau (TSIB) of Singapore, where the vessel was registered. Maersk also conducted its own independent investigation.

The investigation identified that the most likely source of the fire was in a block of 54 containers with IMO Class 9 Dangerous Cargo stowed inside cargo hold no. 3 in the forepart of the vessel. However, the actual cause of the fire was not conclusive, rather investigators said it was highly likely to originate from the decomposition of dangerous cargo generating intense heat, enabling the fire to rapidly develop out of control.

As a result of the incident, Maersk introduced new guidelines for stowing dangerous goods on it fleet of vessels. The report included nine safety recommendations, including five to Maersk and four to the flag state.

“We appreciate the thoroughness of the investigation in identifying opportunities to further improve our emergency response towards ship fires. We also appreciate TSIB’s recognition of the preventive measures taken by the A.P. Moller – Maersk and that TSIB is recognizing the need to review legislation linked with the safe transport of Dangerous Cargo. The main safety recommendations in the report we have already implemented across the fleet over the past two years and we will be studying the report further to understand how to best make use of the recommendations going forward,” says Aslak Ross, Head of Marine Standards at A.P. Moller – Maersk.

“This was one of the most serious incidents in the history of A.P. Moller – Maersk and we are devastated that five colleagues lost their lives and that five families lost their loved ones. The magnitude and intensity of this fire made it impossible for any crew to successfully contain, making it key that we as an industry take steps to address the root cause to ensure seafarers never find themselves in a similar situation. We hope this investigation will initiate a more holistic, industry wide approach where we address the concerns regarding containerized dangerous goods across the entire supply chain – starting at the manufacturing level and following through until the box has been safely delivered at destination to the customer.”