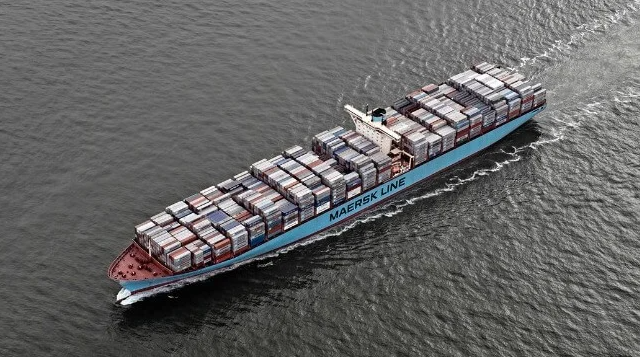 With the European Union closing in on the final proposals and then adoption of its Emissions Trading System, Maersk provided an expert opinion to customers on what the impact and cost might be for shipments starting January 2023. The shipping giant acknowledges that key points of the legislation for shipping to be incorporated into the EU Fit for 55 packages still need to be resolved saying nonetheless that the costs for shippers will likely be significant.

Maersk reviews for customers the progress as well as the current differences in the EU proposals while pointing out that the EU measures are likely to be the first ones to enter into force. While they recognize that other jurisdictions are also exploring similar measures, the EU they expect will not only be first but will have more far-reaching consequences. “The EU measures carry a large degree of extra-territoriality potentially affecting cargo moving outside of the EU’s borders.”

Based on the EuropeanCommission’s version of the legislation as the terms are still being negotiated between the different bodies, Maersk makes assumptions on how the ETS “cap-and-trade” system will come into effect and how it will impact shipping. They noted that the concept calls for the emissions cap which is lowered over time with companies buying or assembling allowances. “The price of the allowances is not fixed but fluctuates according to the market demand and supply of emission allowances.”

Based on the latest developments between the European Parliament and the Council of the European Union, Maersk presented a model for the potential costs and what would be passed along to shippers. The model uses the assumption that the price of the European Union Allowance (EUA) will be around EUR 90 ($91.30 at current exchange rates).

Looking at the cost impact on dry cargo, Maersk sets the range of impact between approximately $100 and $200 based on distance and other factors. The average surcharge for shippers of dry cargo they estimate at nearly $160 with the highest cost on shipments between the West Coast of South America and Europe and the lowest from Northern Europe to Asia.

Reefer shippers can expect an even greater surcharge starting January 2023. The average is estimated at $235 with the range between approximately $150 and $325. The high and low are on the same routes as with dry cargo.

“The cost of compliance with the ETS will likely be significant therefore impacting the cost of shipping. It is expected that the volatility of the European Union Allowance (EUA) traded in ETS may increase, as the revised legislation comes into effect,” the expert opinion authored by Sebastian Von Hayn, Head of Network & Market Asia/EU concludes. “To ensure transparency, we plan to apply these costs as a standalone surcharge effective Q1 2023.”

Recognizing that it will be later in 2022 until a political agreement is likely to be reached, Maersk highlights the outstanding differences in the versions. For the purpose of their modeling, they used the European Parliament that abolishes the phase-in period instead meaning that the obligation to purchase allowances would be immediate versus the other drafts that started at 20 percent in 2023 and in the three subsequent years rise incrementally to 100 percent in 2026 and beyond. The proposals also vary if the allowances only pertain to CO2 or also include methane and Nitrous Oxide in the cap-and-trade limits.

Maersk also notes that the charges are linked to the ship and not the cargo making voyage planning even more critical. Some proposals also call for all voyages to be included regardless of if they are departing from a non-EU port or ending outside the EU.

Given the differing positions on elements such as the phase-in period, the percentage for voyages between EU and non-EU ports, and when carbon pricing begins, as well as other non-logistics related issues, Maersk advises customers that the negotiations will take some time before the details of the EU Fit for 55 package and its impact on shipping are finalized.