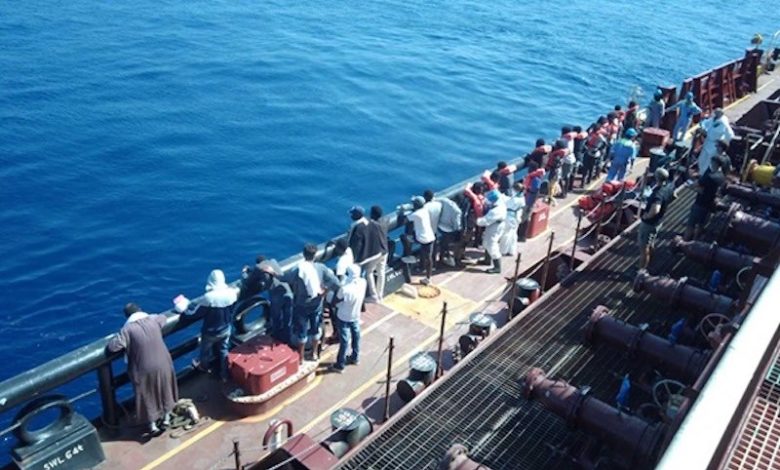 A 38-day standoff onboard Maersk Tankers vessel Maersk Etienne has ended for 27 refugees, who have transferred to charity rescue ship Mare Jonio and disembarked in Pozzallo, Sicily.

The Danish-flagged ship rescued the migrants, who were stranded in Tunisian waters, on August 4 at the request of Matese officials. However, once rescued the refugees were forced to remain onboard the tanker as authorities in both Malta and Denmark dragged their feet in finding a solution for the refugees.

Earlier in the month, three refugees jumped overboard and had to be saved by the ship’s crew.

As concern grew for the physical and mental health of the refugees, including a threat to go on a hunger strike, Maersk sought help from non-governmental organisation Mediterranea who then decided to transfer the refugees to their ship Mare Jonio following a medical assessment.

“The captain and the crew of the Maersk Etienne have honorably fulfilled their duty at sea, and we are proud and greatly appreciative of their efforts,” Maersk Tankers said in a statement.

Tommy Thomassen, chief technical officer of Maersk Tankers, said: “We are relieved and grateful. The rescued persons can now finally get the medical care they need and our crew can continue their voyage safely. While we are appreciative of the support from Mediterranea in helping us to bring a closure to this unprecedented situation, we are at the same time deeply concerned that it has not been possible to find a solution before now. It has been very difficult for the rescued persons and our crew.”

Commenting on social media, Maersk Tankers ceos Christian Ingerslev said: “While the rescued people have been safely transferred from Maersk Etienne we need to continue the pressure on the political system to find a sustainable solution to ensure that shipowners and seafarers do not become hostage when saving lives at sea.”

Mare Jonio has taken the refugees to Pozzallo, Sicily, where they have now disembarked while Maersk Etienne is now proceeding to Gibraltar according to MarineTraffic data. The crew will be debriefed in port and get the care they need after the long standoff.