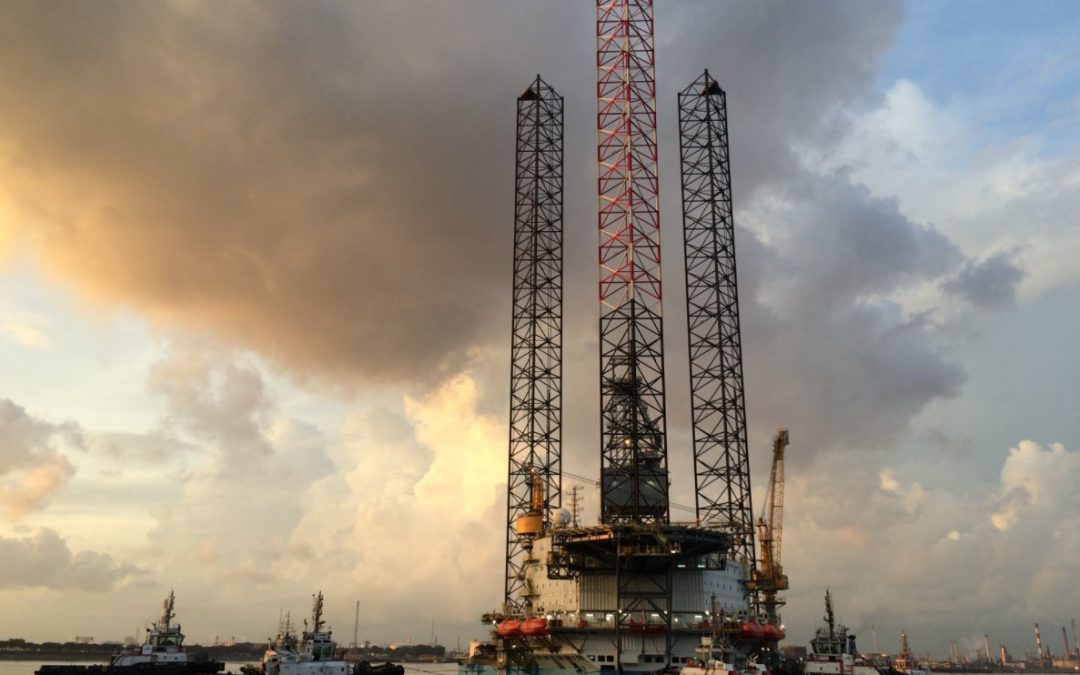 Danish offshore drilling contractor Maersk Drilling and the country’s Port Esbjerg have been working together to enable the supply of green power for offshore drilling rigs to reduce carbon emissions as part of the focus on sustainability and green energy transition.

As revealed by the port on Wednesday, Maersk Drilling’s rigs can now connect to green shore-to-ship power and are able to shun fossil-fuel power altogether when docked. The plant is the first of its kind in Denmark where up to three rigs can be connected at the same time, substantially reducing carbon emissions.

This reduction of emissions is in line with both Port Esbjerg’s and Maersk Drilling’s focus on sustainability and green energy transition and is the primary reason for this joint investment in the plant. As previously reported, Port Esbjerg is working to reduce carbon emissions by 70 per cent by 2030 in line with the country’s climate target.

Maersk Drilling is also working to reduce emissions in its operations, targeting a 50 per cent decrease by 2030. The operator is also outfitting its rigs with hybrid, low-emission upgrades.

As a result of this collaboration between Maersk Drilling and Port Esbjerg, the Maersk Highlander jack-up rig is currently connected to shore-to-ship power at Doggerkaj at the Port of Esbjerg. The shore-to-ship power plant has a capacity of 1,300 Amp/1.5 MW and can supply green power to up to three drilling rigs, which requires up to 10,000 kWh every 24 hours. While the potential reduction in carbon emissions is substantial, the actual figures depend on how long the rigs are docked.

Claus Bachmann, Head of North Sea Division at Maersk Drilling, stated: “We’re delighted to have the opportunity to use green shore-to-ship power while our rigs are docked at Esbjerg to be readied for new assignments. Maersk Drilling is a first mover in the industry with the ambition to halve its carbon emissions intensity by 2030, and the use of shore-to-ship power contributes to this objective.”

The two jack-ups were the first installation vessels from the offshore wind industry, and the first two very large vessels, to use certified green power generated at offshore wind farms while docked at Port Esbjerg.

The difference is that the Port of Esbjerg now has the capacity to supply shore-to-ship power to drilling rigs, which require huge quantities of power.

Port Esbjerg CEO, Dennis Jul Pedersen, commented: “More and more customers ask for shore-to-ship power, so for us, it’s not just a matter of participating actively in the green transition, on which we’re already heavily focused. It’s also a commercial necessity, which is why we’re in the process of installing more shore-to-ship power plants at the port, so even more of our customers have the opportunity to use green power.”

As detailed by the port, the potential reduction of carbon emissions from using shore-to-ship power rather than diesel generators is up to 500 tonnes of CO2 per month per rig with SOx and NOx emissions also reduced.