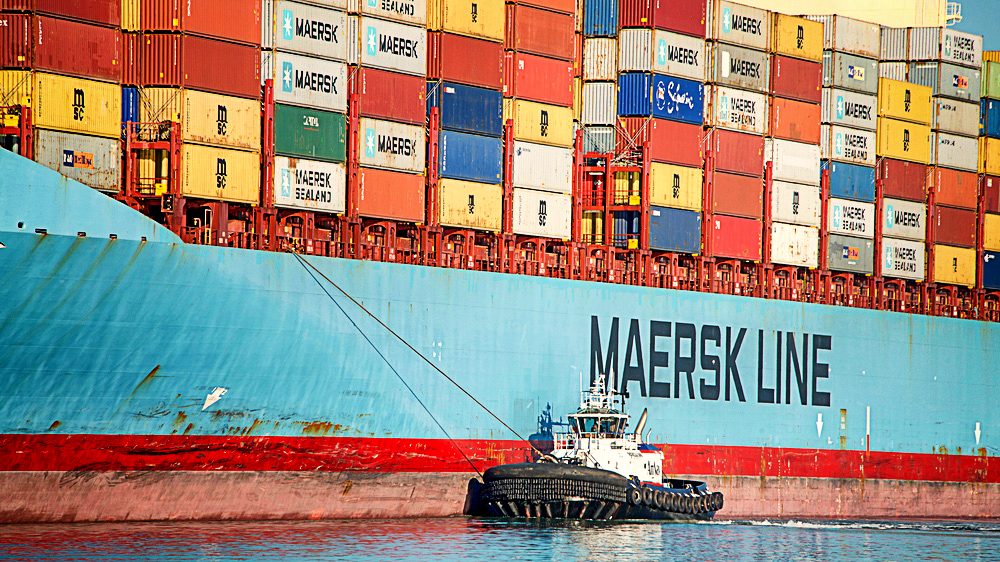 A 332.5-meter-long Maersk containership apparently ran aground, and was later refloated, in the Savannah River en route to the Port of Savannah on Tuesday.

AIS showed the Danish-flagged MV Maersk Surabaya up against the bank of the river with tugs in position around the vessel’s stern.

A spokesperson for the U.S. Coast Guard said the response is underway after the ship ran soft aground. The spokesperson was still awaiting details on the incident.

It seems the vessel was refloated about two hours after its initial grounding, according to AIS data from ship tracking and maritime analytics provider MarineTraffic.com.

Maersk Surabaya was scheduled to arrive at the Port of Savannah on Tuesday at 7:00 p.m., according to the Georgia Ports Authority website.

It appears the ship may have been blocking a good portion of the shipping channel before she was refloated hours later.

The Maersk Surabaya has a carrying capacity of 8,400 TEU and was built in 2006. AIS shows the ship was arriving from the Port of Charleston when the incident occurred.

The Port of Savannah, the second-busiest port on the U.S. East Coast behind New York/New Jersey, experienced its third-busiest month on record in April as retailers replenishing depleted inventories and make early orders ahead of the peak shipping season. The surge of imports has caused the containership backlog to swell to about 25 currently.

Maersk Surabaya prevasiouy made headlines in 2021 when she dropped anchor and damaged a critical underwater cable connecting Western Australia with Singapore. Australia subsequently arrested and charged the ship’s Master with negligent conduct over the incident.