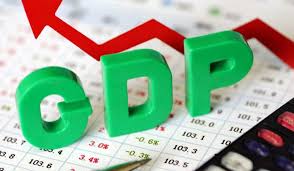 Record-breaking GDP drops seen in the second quarter of the year have been replaced by record-breaking growth rates in the third. Despite this, the major economies of the world have still not returned to pre-pandemic levels, except China.

Further recovery is now on hold in many countries as the second wave of the virus takes hold, provoking new lockdowns and restrictions.

The resounding messages from the latest updates to forecasts for economic and trade growth this year is that the initial fall wasn’t as bad as it could have been. The International Monetary Fund (IMF) now expects the global economy to contract by 4.4% this year, a large drop compared with the 3.3% growth being projected in January, but an improvement from the -4.9% estimated in June. Sadly, the risks are weighted to the downside and with several major economies returning to some form of lockdown, even this 4.4% drop may prove too optimistic. By comparison, the 2008 global financial crisis led to a 0.1% drop in GDP in 2009.

A larger upwards revision has been published by the World Trade Organization (WTO) which, in its latest update, estimates world merchandise trade will fall by 9.2% this year. This is a marked improvement from its previous optimistic scenario of a 12.9% drop, and a far cry from the 32% plunge that was pessimistically predicted at the start of the year.

In contrast to the forecasts for this year, which have been revised upwards, those for 2021 have been lowered. Both the IMF and the WTO agree that the recovery will be slower than initially anticipated, especially as the arrival of winter has brought a rapid rise in new COVID-19 cases. Though the IMF still expects economic activity in 2021 to be higher than 2019, the WTO forecasts global merchandise trade will remain lower.

The less severe drop in world merchandise trade is largely because of the fact that consumer demand for goods in many developed countries proved to be much more resilient than had been feared at the start of the pandemic. Once shops re-opened, pent-up demand led to a fast recovery in retail sales, and lower spending on services and travel, and government income support schemes in many countries, meant more money was available to be spent on goods, boosting demand for container shipping.

Following dramatic falls in GDP in the second quarter, European economies experienced quarter-on-quarter growth in the third, though, as a whole, they remain below last year’s levels. Compared with the third quarter of 2019, the EU-27 economy was 4.3% smaller this year, while the euro area shrunk by 4.4%.

A breakdown of third-quarter growth in France paints a picture of what has been happening across the continent. Household consumption of manufactured goods and production of non-market services – such as public administration and health services – are the only two back above last year’s level (+4.2% and +0.8%, respectively).

As elsewhere, the strong performance of goods consumption reflects spending pushed back from during the lockdown months, government income support schemes and direct payments to consumers. In addition, shoppers spent more on goods than services than has been the case in recent years.

In France, production of goods, as well as the consumption of services and investments, are still far behind last year’s third-quarter levels: -8.0%, -5.0% and -5.1%, respectively. For the full year, the French Central Bank expects GDP to fall by between 9% and 10%.

Any hopes of a further recovery in the fourth quarter have been dashed by new lockdowns. While the latest restrictions are in many places less severe than in the spring, consumer spending on both goods and services will once again be severely hit.

Large drops in industrial production are expected to be avoided in the fourth quarter, because factories and manufacturing will be able to continue operating to a greater degree than they could under the first wave of lockdowns in April. Compared with 2019, EU-27 industrial production was down by 27.7% in April and remained 5.8% lower in September this year than last.

In the US, Q3 also saw quarter-on-quarter growth but, as in Europe, growth remains below last year’s level: down by 2.9% compared with Q3 2019. The presidential election has stolen much of the attention over the past months. In the meantime, new daily cases of COVID-19 have been setting records, states have introduced new restrictions to contain the virus, and stimulus packages to protect the economy have been placed on the backburner by the US Congress. President Trump seems less and less interested in governing and it looks unlikely that the US economy will get any stimulus until Biden has been sworn in as president.

While there have been positive signs coming from the employment market, the lack of new economic relief and higher COVID-19 cases risk derailing this tentative recovery.

The unemployment rate stood at 6.9% in October. Compared with before the pandemic, there are 10.1 million fewer jobs, and even if the current pace of recovery could be maintained through a challenging winter, it would take until February 2022 to recover all the lost jobs, erasing two years of job growth.

Higher unemployment would suggest lower consumer spending, but the nature of the crisis, as well as the USD$ 1,200 cheques to Americans and extra unemployment support, means some sectors have emerged from the initial crisis strongly, while others are still suffering. Household consumption of services recovered about half of its second-quarter loss (-14.2%) in the third quarter (-7.2%), whereas consumption of goods was 6.9% higher, with durable goods performing strongly (+12.7%).

The disruption and uncertainty caused by the pandemic is made crystal clear when looking at the inventory-to-sales ratio of retail stores. Sales were the first to be affected, leaving the ratio to rise to levels last seen after the frontloading ahead of new trade war tariffs. After that, the ratio went into free-fall as sales recovered while supply-chains were still disrupted or catching up on the lost months. The ratio fell to 1.17 in July, its lowest level since 2011; in September it stood at 1.27.

Container shipping is one of the big winners of the large-scale restocking in the US, with transpacific volumes remaining strong even after China’s Golden Week in early October, which usually marks the end of the peak season for the transpacific trade lane.

The start of the year will also bring along the new administration and many stakeholders in the shipping industry will be focusing on what this could mean for trade tensions. BIMCO does not expect a sudden flip in policy towards China, as fundamental issues still need to be addressed. However, geopolitics is likely to move out of the spotlight and at a less hectic pace. Furthermore, the relationship between the US and its traditional allies is likely to improve, which will help “lower the temperature” of international relations.

China’s relative share of the global economy has been growing as it experiences a much faster and stronger recovery than other economies, though even here there are discrepancies between sectors. Some, such as industrial production, are performing well, after help from government stimulus. Others, such as consumer spending, have still not recovered to last year’s levels on an accumulated level. It is the only major power to have a larger economy in the third quarter of this year compared with last (+4.9%). With the virus seemingly well under control in the country, the IMF forecasts the Chinese economy will grow by 1.9% this year with a strong rebound to 8.2% growth next year.

The pandemic has prevented a target to double the size of the economy between 2010 and 2020 being reached. To do so would have required around 6% growth this year, based on official Chinese statistics. The ruling party now turns its focus to its 14th five-year plan to be executed between 2021 and 2025, and which is set to be approved next March when parliament holds its annual meeting.

The plan lays out the concept of ‘dual circulation’. This idea divides the economy in two. On one side is the internal economy, where China expects to record its strongest growth, in particular by developing domestic consumption cycles and technology development. The other side is continuing trade with the rest of the world and its exports. The increasing importance of the domestic economy in part reflects the country’s continuing development, but also increased trade tensions around the world and the risk they pose to the currently very export-dependent Chinese economy.

Neighbouring South Korea has also proven effective at containing the virus but hasn’t seen the same recovery as China. In the third quarter of the year, the economy was 2.2% lower than in 2019. Here the effects of the pandemic on trade are abundantly clear. Exports of goods were down just 0.6% in the third quarter (-11.6% in Q2), whereas exports of services remained down by 23.4% in Q3 (-22.1% in Q2). Similarly, while imports of goods are down by just 0.7%, those of services remain 23% lower than last year.

After years of negotiation, 15 Asian countries – among them China, Japan and South Korea – signed a new trade deal known as the Regional Comprehensive Economic Partnership (RCEP). Though limited in scope, it is the largest regional free trade agreement, covering a third of the global population and almost 30% of global GDP. The hope is that the deal will gradually reduce tariffs in the bloc and boost trade in the region. It is yet again a sign that, despite the sometimes hostile approach to trade by the US, other countries and regions of the world continue to see its benefits.

The new wave of COVID-19 cases and restrictive measures mean that, in most countries, a potential recovery has been pushed even further back, with China the only major exception. The high quarter-on-quarter growth achieved in the second quarter is likely to have been the easiest growth to recover as businesses that had been forced to close simply reopened. The remaining growth needed to return the economy to last year’s levels – let alone to the pre-pandemic trend –will be much harder to reach. Further large-scale stimulus measures, which are needed in many nations, will not be enough for a full recovery, but rather a tool to support the economy through very challenging times.

Even industrial production, which has generally outperformed other sectors, has not recovered from its decline in the second quarter, instead remaining considerably down on last year’s levels. Falls of 7.3% and 6.2% in industrial production in the US and the EU this September, compared with 2019, are clearly not as bad as the drops seen in the second quarter of the year, but they are still significant and their impact should not be underestimated.

The growth lost this year and the outlook of only getting back to 2019 activity levels in 2022 have denied the world its pre-pandemic growth. Trade has been pushed onto a lower path, one whose outcome remains unclear while a definite end to the medical crisis remains out of sight. This lower growth path stems from this year’s lost economic activity, as well as lower investments in the future, both limiting the potential for growth.

It also means lower fundamental demand for shipping in the medium and, potentially, the longer term: even once we have returned to 2019 levels, demand will, for many years, still be lower than it would have been had the pandemic not happened.