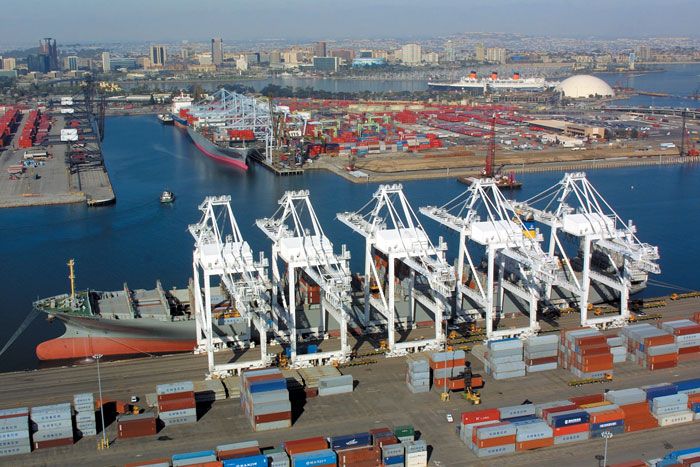 The Port of Long Beach is putting the finishing touches on its US$1.49 billion Middle Harbour redevelopment project which has been in the works for nearly 11years.

Under the project, the port’s Pier F and Pier E terminals have been combined into a contiguous, 304-acre Long Beach Container Terminal. The redevelopment provides the port with 3.5 million TEU of cargo capacity, according to the Los Angeles Business Journal.

“If you look at that terminal alone, right now (it would) be the sixth-largest port in the United States,” Port of Long Beach executive director Mario Cordero said during a recent video press conference.

“We’ve electrified cargo movement operations from ship to container stacks. Longshore workers have been retrained to operate the control center and provide maintenance on the new machines.”

The terminal is “an environmental model with 100 per cent shore power for ships, optimized rail yards to minimize truck trips, and solar panels on parking lots, and the LEED gold (certified) buildings and of course the zero-emission operations,” Mr. Cordero added.

The terminal is coming online as the ubiquitous surge in cargo volume at the local ports becomes the new normal.

“We’re going to move about 19 million TEU this year at the San Pedro Bay complex, (and) I don’t see that number diminishing in the years to come. In fact, that number is going to increase, so I think we need to start thinking of how we operate for the model of tomorrow as opposed to operating these kind of volumes with the models of yesterday,” Mr. Cordero said.

He added that he wants the port to adopt an “Amazon state-of-mind” and move containers out of the terminal as quickly as possible and extend gate time to quell bottlenecks and truck turn time congestion.

The port has taken “several protective measures” to help keep cargo flowing, Mr. Cordero added, including the construction of the Gerald Desmond Bridge, which will soon be renamed the Long Beach International Gateway Bridge, that “dramatically improved” access for truckers and is “not prone to shutdowns or backups.”

He also mentioned using an empty plot of land as a short-term overflow container yard.