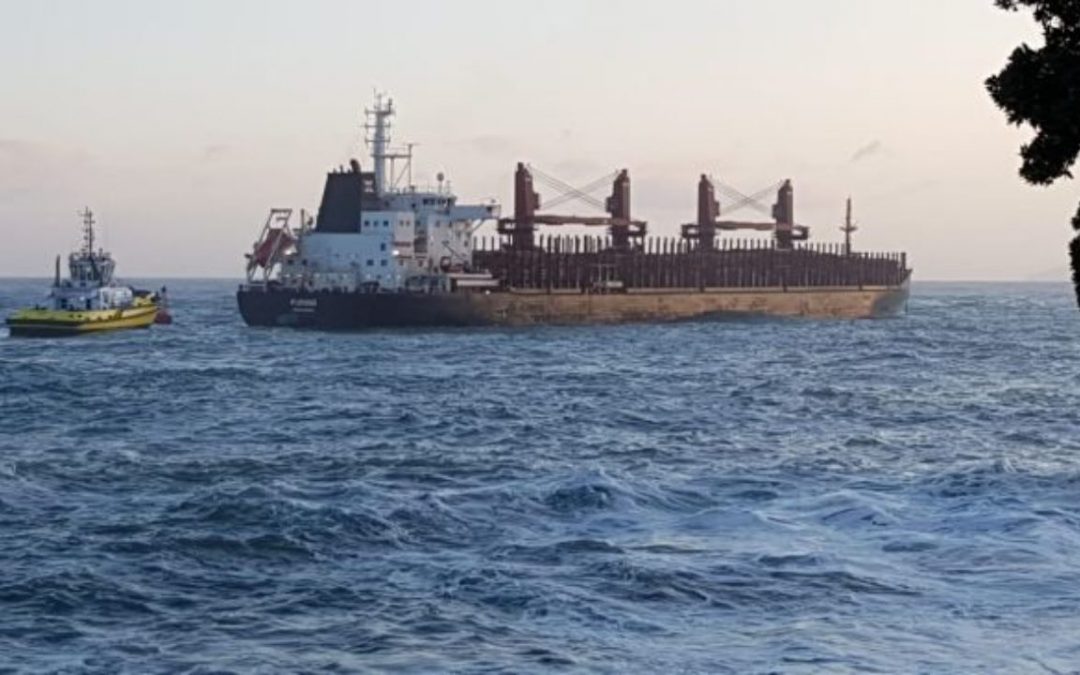 Weather conditions at that time were poor with about 30 knots wind and significant swell. Without power, it could not steer and started drifting away and snugged the chain holding a buoy marking the ship channel.

Port of Tauranga sent tugs for its aid and towing the ship to deeper water, where it stayed for till the next week. Experts have reported damage to the rudder and the propeller. There are no reports of an oil spill or any kind of pollution. All 20 crew members are safe and no injuries reported to them.

The ship was at Port of Tauranga for its repair works, before it started its voyage towards Singapore. The master and the chief engineer have been found guilty by the charges laid against them by maritime New Zealand.

The maximum penalty for the guilty is 12 months imprisonment or $10,000.