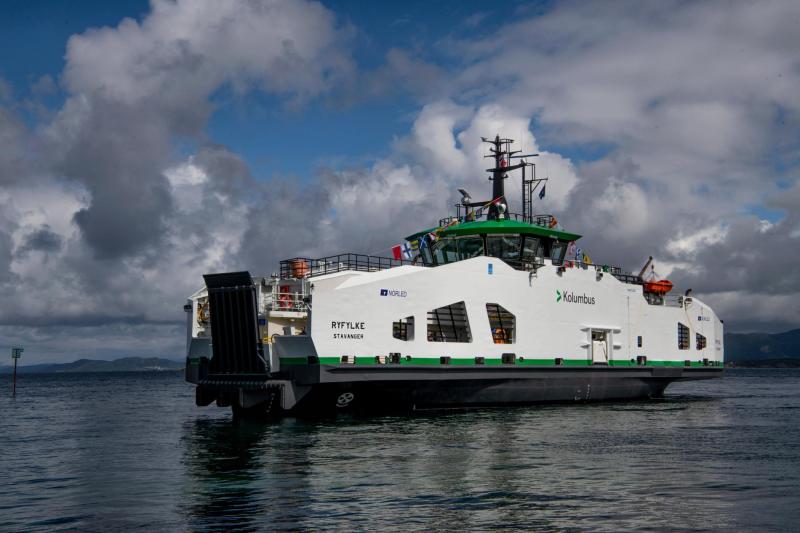 A battery-powered ferry designed by naval architect LMG Marin, a wholly-owned subsidiary of shipbuilder Sembcorp Marine, has been delivered to the Norwegian ferry operator Norled AS.

LMG Marin has confirmed in the social media update that the ferry named Ryfylke has been delivered, featuring what is said to be the largest battery pack on a 45-metre ferry.

The ferry, built at the Norwegian shipyard Westcon Yard in Ølensvåg, will operate between Nedstranda and Stavanger and all the islands in the Ryfylke area.

The newbuild is an LMG 27-DEH design battery-hybrid plug-in double-ended car and passenger ferry. It was designed for zero-emission operation with batteries being charged by hydropower-generated electricity from the Norwegian grid, but unlike other battery ferries, this one will only be charged at night, LMGMarine said.

The ferry is 45 metres long and 12 metres wide with a capacity for 97 passengers and 27 cars or alternatively 2 x 50-ton trailers).

At the beginning of the month, Norled also took delivery of roll-on/roll-off passenger (RoPax) ferry named Dragsvik which runs on lithium-ion batteries. The vessel is the second in a series of three identical battery-operated RoPax ferries built by Sembcorp Marine for the Norwegian operator.

The first ship Hella is currently in operation on Norled’s shortsea Hella-Vangsnes-Dragsvik connections. Hella, which sailed off from Singapore in March 2022, successfully commenced service in May 2022.