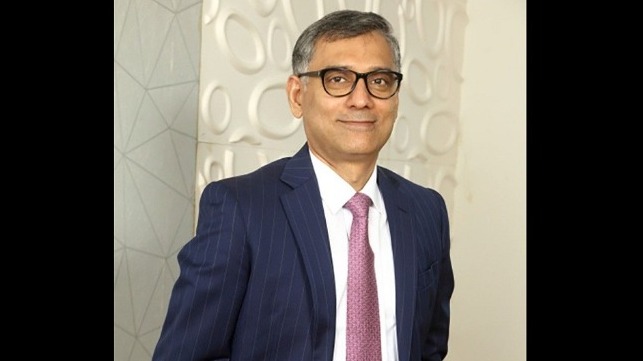 Lloyd’s List has named Rajesh Unni, CEO and Founder of Synergy Group, as one of the most influential executives in global shipping. He has been profiled in the just-published ‘Lloyd’s List One Hundred People 2020’ report alongside the likes of Mukesh Ambani of Reliance Industries.

Synergy Group also features prominently in the recently published 2020 iteration of ‘Lloyd’s List’s Top 10 Shipmanagers’. Lloyd’s List, which has been providing shipping news since 1734, also paid homage to the adversity faced by crews in 2020 by naming ‘The Seafarer’ as ‘obviously the most important person in the industry.’

The report added: “Seeing 400,000 people left far from home on ships around the world as a result of the Covid-19 pandemic has not only highlighted the extent of adversity faced by those who work at sea but also drawn attention to the vital role they play in keeping global supply lines functioning during such difficult times.”

The ‘One Hundred People 2020’ profile of Unni commended his success in building one of the world’s largest and most customer-focussed ship managers. The annual report also praised his leading role in finding solutions to the 2020 crew change crisis, and his quick recognition that it was a shipping “time bomb” and looming “humanitarian crisis”.

“Mr Unni has been prominent in his calls on governments and the United Nations agencies to address the crewing crisis, which he described as ‘a humanitarian catastrophe’,” said the report. “He takes a hard line on the need to decarbonise the industry. Shipping should take the lead in this, not wait until punitive actions and regulations force our collective hand’.

“Speaking on a Lloyd’s List podcast, Rajesh Unni urged shipping’s leaders to create a more transparent industry where collaboration across the supply chain is embraced, sustainability is baked into new business models, and technology is used to catalyse innovation and find efficiencies,” the report said.

The ‘Lloyd’s List Top 10 Shipmanagers in 2020’ praised the Synergy Group for seamlessly expanding its fleet from 100 ships under full technical management in 2016 to 350 at the end of 2020. Synergy is also currently overseeing 30 vessel new-building projects in South Korea, Japan and China.

“A step-change was made when Synergy managed the conversion of a liquefied natural gas carrier into a floating storage unit. Chief executive Rajesh Unni said the project marked Synergy’s transition from asset manager to a technical solutions provider,” it added.