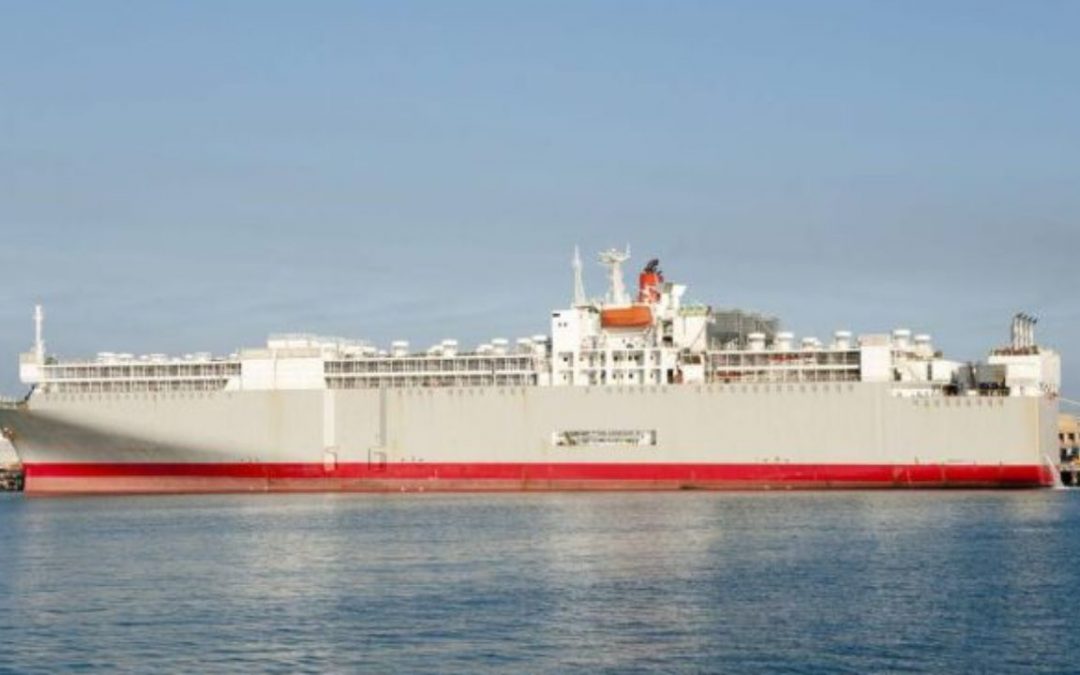 A livestock vessel named GULF LIVESTOCK 1 has gone missing after sending a distress signal in the early hours of September 2nd.

The 11,947-ton ship with 43 crew members onboard comprises of 39 Filipino, 2 New Zealand, 2 Australian nationalities. It is carrying around 6000 cattle as cargo when it went missing while traveling 185 kilometers west of Amami-Oshima Island in Kagoshima Prefecture, southwestern Japan. The vessel left New Zealand on Aug. 14 and was scheduled to arrive in China next Frida.

As per the reports, the ship was caught in the center of typhoon MAYSAK, with a wind speed of up to 130-140 kt.

The Japanese coast guard is conducting the search and rescue operations along with the Maritime Self-Defense Force providing aerial surveillance aircraft.

Coast guard patrol boats are conducting the search however, due to bad weather the rescue operation is getting hampered.