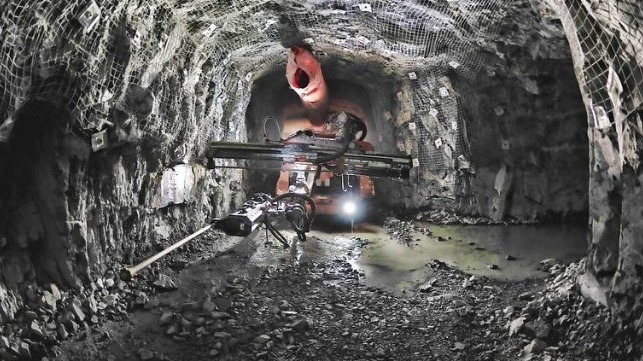 Governments in Africa have been mortgaging their natural resources to secure loans from China, a trend that often ignites debt distress when commodity prices collapse.

Angola, Democratic Republic of Congo (DRC), Ghana, Guinea, Sudan and South Sudan are among the countries in the continent that have used future revenues from natural resource exports as collateral for Chinese loans, a new study conducted by the China-Africa Research Initiative (CARI) at Johns Hopkins University shows.

“Contracting future revenues from natural resource exports as loan repayment is a way both for borrowers to attract finance and for lenders to mitigate risks to repayment. However, this lending modality can pose problems when commodity prices fluctuate,” notes the study.

Angola and DRC, which have both used their massive oil and copper resources to secure loans from China, have fallen victim to collapse of commodity prices, developments that have forced them to negotiate for debt relief.

The study comes when China is facing mounting criticism particularly from the United States for burdening Africa with debt, a situation that has resulted in some countries like Zambia defaulting on its debt obligations while the number of countries grappling with debt distress is on the rise.

Authorities in Zambia and Kenya have denied reports that China could seize strategic national assets like utility company Zesco and Mombasa Port in the event of a default.

The latest debt sustainability analyses by the International Monetary Fund indicate that 11 sub-Saharan African countries are currently at high risk of debt distress with six countries being in debt distress. Debt burden in the region is worsening with public debt ratio to gross domestic product surging to 65.6 percent from 56.4 percent pre-Covid.

According to the CARI study, the Chinese and its state-owned financiers committed $153 billion to African public sector borrowers between 2000 and 2019, with at least 80 percent of the loans going towards infrastructure projects mainly transport, power, telecoms and water.

In 2019, Chinese financiers committed $7 billion to African borrowers, down 30 percent from $10 billion in 2018. The four biggest Chinese banks involved with lending to African countries are China Eximbank, China Development Bank, Industrial and Commercial Bank of China and Bank of China.

Over the period from 2010 to 2018, Angola, Ethiopia, Zambia, Kenya and Nigeria were the biggest partakers of Chinese loans cumulatively borrowing $71 billion. In 2019, Ghana was the biggest recipient of Chinese loans at $1.25 billion, followed closely by South Africa and Egypt.

“Rather than continuing to blindly dump finance into countries with debt issues, Chinese financiers have shifted away from these countries towards borrowers with stronger economies and debt management,” states the study.