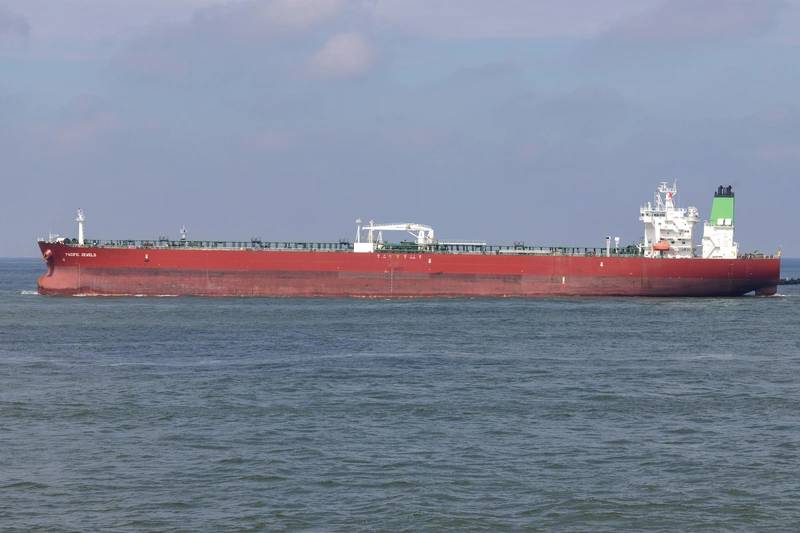 The Suezmax Delta Hellas left the Marsa el-Hariga terminal on the morning of Sept. 25 after loading a 1 million barrel cargo, according to data from S&P Global Platts trade flow software cFlow.

Sources said the tanker is expected to head east. It was chartered by Unipec, which has regularly lifted Libya’s Sarir/Mesla crude. Unipec was not available for comment.

A second tanker, the Marlin Shikoku, also chartered by Unipec, is currently loading a 1 million barrel crude cargo at Marsa el Hariga, according to shipping data and sources.

A third export is expected from the Zueitina oil terminal in the coming days, sources added.

These shipments come after the UN-backed Government of National Accord and the self-styled Libyan National Army agreed to a deal on Sept. 19 to reopen key oil ports and restart oil production.

The vast majority of Libyan oil has been off the market after eastern tribes supported by the LNA halted exports from five oil terminals — Es Sider, Ras Lanuf, Brega, Marsa el Hariga, Zueitina — sharply reducing the country’s crude production, which hit its lowest since the 2011 civil war.

State-owned National Oil Corporation said it expected its oil production to rise to 260,000 b/d from next week.

During the blockade, Libya was still exporting oil from offshore fields — Al Jurf and Bouri — and occasional condensate exports out of the Mellitah terminal in the west, but its main oil terminals were all closed.

The 300,000 b/d Es Sider, 250,000 b/d Ras Lanuf and 240,000 b/d Zawiya terminals remain shut and until they fully reopen, Libyan exports are likely to stay low. Given that NOC has said it will not allow exports from ports where there is an armed presence, many facilities, including the key Es Sider and Ras Lanuf terminals, are likely to remain offline for now.

In addition, there remain serious doubts over whether implementation of the conditions of the output deal agreed by the two rivals will go ahead, according to observers.

On top of this, the eight-month blockade may have caused some long-lasting technical damage to oil infrastructure. NOC said in July that several oil fields’ reservoirs had been affected, which means the ramp-up of output is likely to be slow.

The return of Libyan oil is expected to be bullish for the tanker market, where freight rates have been under pressure amid depressed activity due to the OPEC+ output cuts and weak oil demand.

But market participants in the Mediterranean said the new Libyan cargoes had yet to impact freight rates, as exports out of the OPEC member were still very sluggish.

The most likely beneficiaries on the freight market at the moment were the larger vessels ready to go east, shipping sources said.

“Given the low end-user demand from European refineries, which typically like Libyan crude, it is unlikely we will see benefits on the Aframax market side,” a shipbroker said. “Most of the Libyan output will be taken by Chinese buyers, which will load on larger stems like the Suezmaxes or the VLCCs.”

Shipments from Libya were reported paying a premium to owners compared with a standard Mediterranean-East shipment on Suezmax vessels with a recent deal from Zuetina reported done at a premium of $400,000 lumpsum basis, according to data from S&P Global Platts.

“Owners require a premium on the back of political instability and the risks related to loading in a conflict-ridden zone,” a charterer said. “In addition, there is high probability of the ship being cancelled or being put on hold outside the port.”