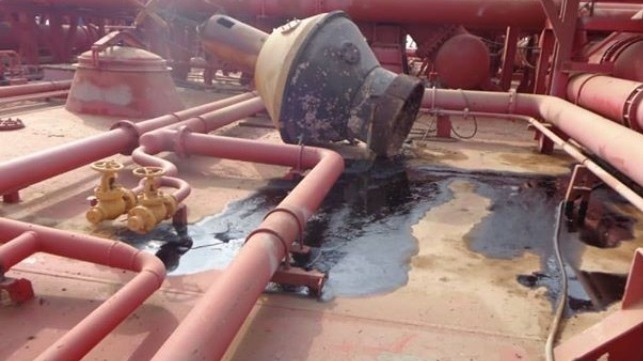 A U.S. State Department decision to blacklist Yemen’s Houthi rebel group may interfere with efforts to prevent a massive spill in the Red Sea – and lead to starvation onshore.

On January 10, U.S. Secretary of State Mike Pompeo designated the Iran-backed Houthi rebel group (also known as Ansarallah) as a foreign terrorist organization (FTO). “These designations will provide additional tools to confront terrorist activity and terrorism by Ansarallah, a deadly Iran-backed militia group in the Gulf region. The designations are intended to hold Ansarallah accountable for its terrorist acts, including cross-border attacks threatening civilian populations, infrastructure, and commercial shipping,” said Pompeo in a statement.

Pompeo said that the U.S. Treasury would work with the UN and with aid organizations to issue licenses for their continued work, but United Nations agencies made clear that the development may interfere with vital missions. The UN only recently secured Houthi permission to assess the floating storage and offloading (FSO) vessel Safer, a decaying tanker anchored off Hodeidah with 1.1 million barrels of oil on board. If it spills, it could affect a broad swath of the Red Sea and the fisheries that help sustain Yemen’s coastal communities.

“We are continuing to prepare for the Safer tanker assessment and are broadly on track with this work,” UN spokesman Stephane Dujarric told Reuters. “However we have to look at the potential impact of the [FTO designation] on the Safer mission – there are questions about potential legal jeopardy for the people who are going to do the mission.”

The FTO listing takes effect January 19, the final day of the Trump administration, and it forces the incoming Biden administration to make difficult decisions about how (or whether) to keep it. Leaving it in place could prevent foreign suppliers from serving Houthi-controlled territory, where the majority of Yemen’s population lives. Yemen is heavily reliant upon aid and imports for its food supply.

“Some suppliers, banks, insurers, and shippers are ringing up their Yemeni partners and saying they now plan to walk away from Yemen altogether,” warned UN Under-Secretary-General for Humanitarian Affairs Mark Lowcock. “They say the risks are too high. They fear being accidentally or otherwise caught up in US regulatory action which would put them out of business or into jail.”