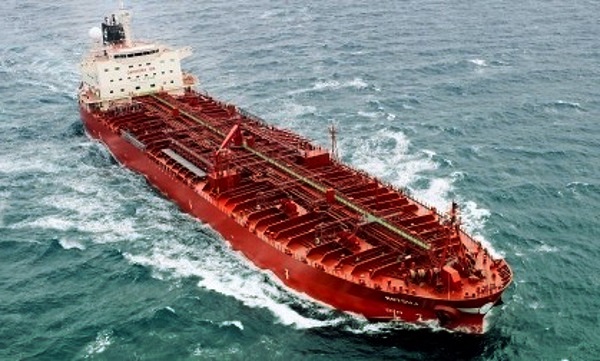 A lack of available tonnage has proven to be a hindrance when it comes to increasing ship recycling activity. In its latest weekly report, shipbroker Clarkson Platou Hellas said that “after the recently impressive price indications witnessed, it is surprising to report that the market remains starved of tonnage with the market feeling like it had taken a step back once again. The particularly strong numbers being offered are still in the high 400’s and it is anyone’s guess what it will take for Owners to fully consider the recycling destination. One explanation for the reluctant number of tankers units this year (despite the earlier prediction of many such wet units to be recycled this year), is due to the majority of the overaged larger tankers being acquired by buyers well excess of the current recycling price levels, with the vessels being sold to Buyers for alternative trades, effectively removing these vessels from the international market pool the same way as recycling would do. This has left the industry currently in a state of limbo and one that many may feel has not been seen before, with the future outlook on tonnage unknown and the general consensus is that we will sleepwalk through to the summer months, especially with Ramadan occurring next month. Based on this, it feels there should be no feasible reason to have any upcoming drop in pricing with firm steel markets globally and increasingly starved end recyclers”, Clarkson Platou Hellas concluded.

In a separate report this week, GMS, the world’s leading cash buyer of ships, said that “the upward trajectory has continued in most sub-continent markets this week – particularly in a resurgent Bangladesh, where local steel plate prices are at the highest levels they have been all year. India too remains positively poised, but Pakistan has started to cool off again after several purchases in the high USD 400s/LDT were seen last week, including the highest priced VLOC sale seen over recent years and one Panamax Bulker at USD 480/LT LDT. Just as Bangladesh enjoyed a sharp upwards spike earlier in the year followed by a swift crash, it appears that the subcontinent recycling markets are poised for swift and sharp corrections this year, which often tends to leave Cash Buyers exposed to any unsold inventory that was not immediately committed on a back-to-back basis. Even if units are sold immediately onwards at top prices to sub-continent recyclers, until an L/C is released and the vessel is beached, there is no firm assurance on the potential performance of the Cash / End Buyers as we have seen all too often in the past.

On the other end, the Turkish market, though marginally weaker from a local fundamentals perspective, has yet seen local prices improve by about USD 10/MT, in light of the recent improvements in local fundamentals. Overall, however, fundamentals are changing at such a rapid rate that it makes any call on the future market nigh impossible, especially with ‘black swan’ events like the Covid-19 pandemic resetting markets with a seemingly greater frequency. Therefore, going with a strong and renowned/reliable cash buying counterparty should be a priority for owners in these most challenging times, particularly as we have witnessed two of the better known Cash Buyers disappear from the market for rather unsavory reasons in the last year alone”, GMS said.

Shipbroker Banchero Costa added that “the positive trend has continued in most of the Subcontinent markets, especially so in Bangladesh which landed some impressive purchases of late, but some cooling in prices is now being seen in Pakistan. Activity in India remains quiet, with very few HKC sales this year, just a few specialized units like stainless steel tanker or passenger vessels, whilst most larger LDT tonnage in recent weeks appears all going to Bangladesh or Pakistan.