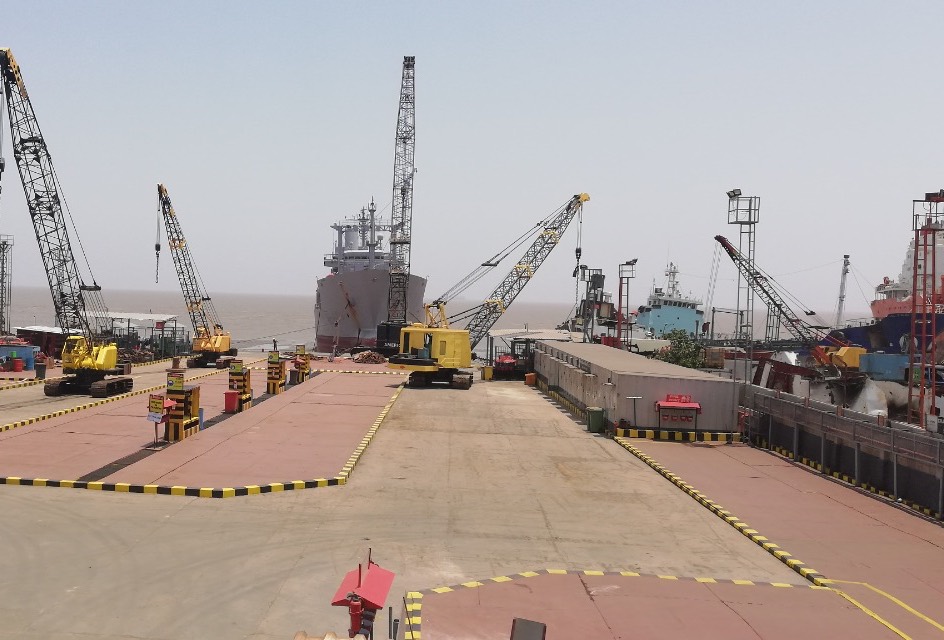 ‘Alang might close by the end of the week’

Ship recycling activities at Alang in Gujarat’s Bhavnagar district, will grind to a halt by the end of the week due to lack of industrial grade oxygen supply as surge in Covid-19 cases force the government to prohibit supply for industrial purpose and divert it for medial use.

“Alang could be closed by the end of the week as there is no industrial grade oxygen supply,” said Anand Hiremath, Lead Coordinator, Sustainable Ship and Offshore Recycling Program, at Global Marketing Systems, Inc (GMS)– the world’s biggest cash buyer of ships for demolition.

“Ship recycling yards are using their reserves which is expected to run out within three days,” he added.

Ship breakers use handheld torches fuelled by oxygen and LPG for dismantling vessels.

The Oxyfuel process is the most widely applied industrial thermal cutting process because it can cut steel thickness from 0.5 mm to 250 mm; the equipment is low cost and can be used manually.

“The cutting speed and cut edge quality are primarily determined by the purity of the oxygen stream,” said Agarwal.

The shortage of oxygen supply has reduced output, which in turn has jacked up the prices of re-rolling steel plates.

The shortage of oxygen adds to the sluggish business at Alang- home to the world’s largest stretch of ship breaking facilities – as the second wave of the pandemic combined with the low supply of ships for dismantling hurts recyclers most of whom follow green ship recycling practices.

Ships are getting beached but very few due to the shortage of supplies for demolition, says Agarwal. Only ten ships were beached for recycling in March and five in April to date.

“The ship charter rates are good, so less vessels are available for scrapping,” said GMS’s Anand Hiremath, who is based in Alang. “There are very less ships available in the market that prefer to be dismantled by following green practices. Most non-green ships destined for scrapping are being diverted to Bangladesh and Pakistan,” he said.

Currently, more than 90 of the 120 working plots at Alang are certified for compliance with the green recycling standards prescribed by the Hong Kong International Convention for the Safe and Environmentally Sound Recycling of Ships adopted by the International Maritime Organization in 2009.

Bangladesh has one green recycling yard, while Pakistan has none.

Due to paucity of ships for recycling, a good number of ship recycling plots at Alang have temporarily stopped operations.

GMS reckons that ship deliveries and beaching could be delayed due to the recently imposed restrictions in India and Bangladesh.

If the restrictions imposed by the state governments persist for several more weeks, this will lead to steel stockpiling on yards as end buyers will be unable to shift their products and this may in turn lead to a downturn in prices.

“For the time being, however, levels and demand continue to hold at impressive numbers in the mid-to-high $400s per light displacement tonnage (LDT),” GMS wrote in its latest market commentary.

Light displacement tonnage refers to the weight of a ship’s hull, machinery, equipment and spares and form the basis on which ships are usually sold for scrap.