KSOE-DSME Deal Face Obstacles Inside And Outside Of Korea 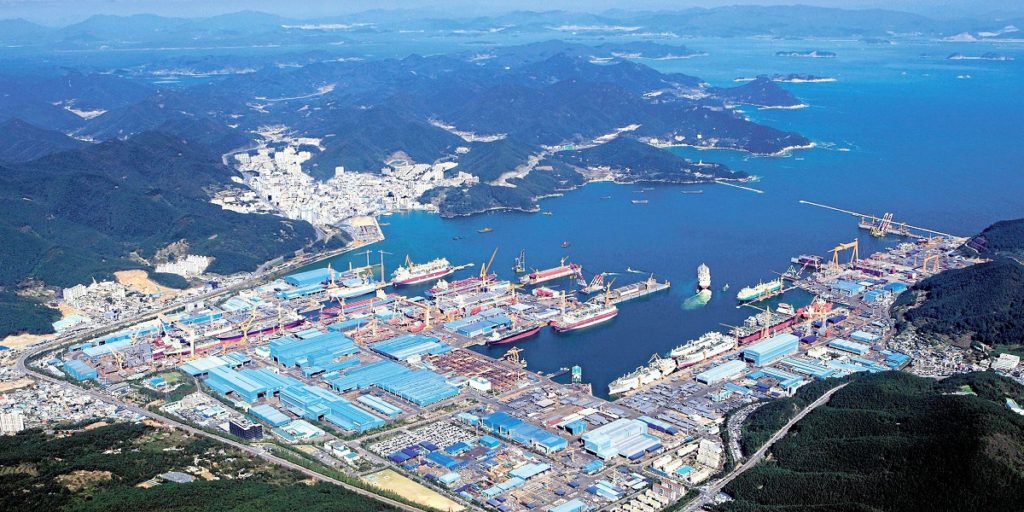 A series of obstacles both within and outside of Korea are prolonging the delay in a proposed deal between Korea Shipbuilding and Offshore Engineering (KSOE) and Daewoo Shipbuilding & Marine Engineering (DSME). The deal for KSOE’s acquisition of DSME was first proposed more than two years ago.

Due to concerns over KSOE monopolizing the global market, the EU Competition Commission has been reluctant to reach a decision since July 2020 on whether to approve the $1.8 billion acquisition of DSME.

The EU was one of the six regions where KSOE applied for approval around a month after March 2019, when it signed the deal with state-run Korea Development Bank (KDB), the main creditor of DSME, to buy a 55.72 percent stake in the shipbuilder that had been mired in a severe cash shortage.

The six, also including China, Japan, Singapore, Kazakhstan and Korea, are major customers of the two shipbuilders that will account for the world’s largest market share of 21 percent if the takeover is successful.

Winning the respective approvals of the six countries and regions is therefore required for the mega deal that will reshape the global shipbuilding industry.

So far China, Singapore and Kazakhstan have approved the takeover. Of the remaining three countries’ antitrust regulators, the EU Competition Commission is considered to be the toughest to convince. That’s because the EU has been investigating the proposed takeover mainly out of concern that the suggested acquisition could hurt fair competition in various global shipbuilding markets for LNG and LPG carriers, oil tankers and even containerships.

Also, the continued COVID-19 pandemic has been slowing down the investigation, delaying the commission’s final decision. The commission’s spokeswoman, Maria Tsoni, told Korean media recently that the relevant parties must submit the necessary information for the commission to resume reviewing the proposed deal. Specifically, she warned that a “failure to do so will lead the commission to stop the clock.”

The EU stance is also delaying a review by the Korea Fair Trade Commission (KFTC). The Korean antitrust regulator was awaiting the final assessment of the EU before granting approval for the takeover, according to sources.

“The result of the FTC review is likely to be released after the first half [of this year],” a source said. The source added that the FTC may have corresponding measures that will be implemented when the EU makes its decision.

A possible scenario of a “conditional approval” is another factor that can further delay the deal. The FTC reiterated that it is on track to consider various options. Some sources claim that one of the options will be approving the KSOE-DSME deal under the condition that some of DSME’s businesses are sold off in advance to alleviate concerns over a possible monopoly.

KSOE officials said China’s recent approval will have a positive effect on antitrust reviews being conducted by Korea, Japan and the EU.

Also, given the significance of the shipbuilding industry in regional economies both in terms of hiring and taxes, a provincial governor, a lawyer and a union member accused the government of being “lukewarm and lacking initiative.”

“The government now is going astray from the direction of finding a new responsible owner for DSME to revitalize the domestic shipbuilding industry,” Geoje City Mayor Byeong Gwang-yong said in a panel discussion, Wednesday. He noted that Geoje is home to Korea’s shipbuilding industry and that the “well-being of DSME and Geoje citizens” should be prioritized in a takeover deal. Mayor Byeong is a member of the ruling Democratic Party of Korea.

The mayor said a “conditional takeover” authorized by the KFTC will weaken the competiveness of the Korean shipbuilding industry by “posing threats to firms working for DSME and causing unemployment risks.”

Lawyer Seo Chi-won said the takeover can deal a blow to small and medium-sized subcontractors and equipment suppliers and needs to be reconsidered.

A senior member of the Metal Union said the takeover will create an “undisputed monopoly” that can lead to massive layoffs and the collapse of the supply chain in the local shipping industry.