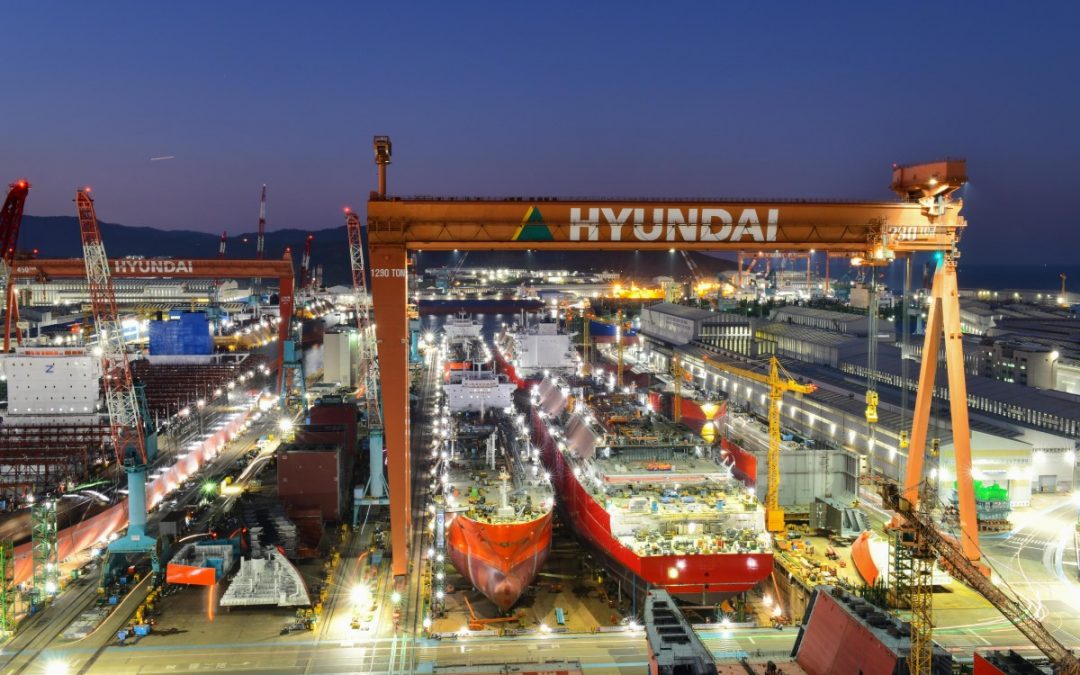 HIGHER STEEL PLATE PRICES, CHEAP ORDERS
However, the Korean shipbuilders are witnessing their profitability worsening, weighed by higher steel plate prices and lower margins from cheap orders in the past.

Last month, KSOE reported that its second-quarter sales rose 7.2% from the first quarter to 4.19 trillion won ($3.2 billion) thanks to increased ship orders, but it remained in the red with 265.1 billion won in operating loss, although its shortfall dwindled from a loss of 396.3 billion won in the prior quarter.

Samsung Heavy saw its sales fall 3.9% on quarter to 1.43 trillion won, while its operating loss widened to 255.8 billion won due to a delay in the production of vessels ordered from Russia in the wake of the Russia-Ukraine war.

The company said its larger loss was also due to 180 billion won in a one-off charge against a price hike in steel plates used for shipbuilding.

Daewoo Shipbuilding has yet to report its second-quarter results but is widely expected to post a loss of at least 75 billion won.

The company’s loss may come worse than market expectations as it suffered from a 51-day strike by its subcontractors.

The walk-out, which ended in late July, is said to have caused about 816.5 billion won in lost production, according to industry officials.

Industry watchers said the shipbuilding industry’s business practice of reflecting orders in earnings after vessels are delivered to buyers is also hurting their bottom line.

Revenue and profits from the orders that Korean companies won in 2020 will begin to appear on their earnings reports in the second half of this year.