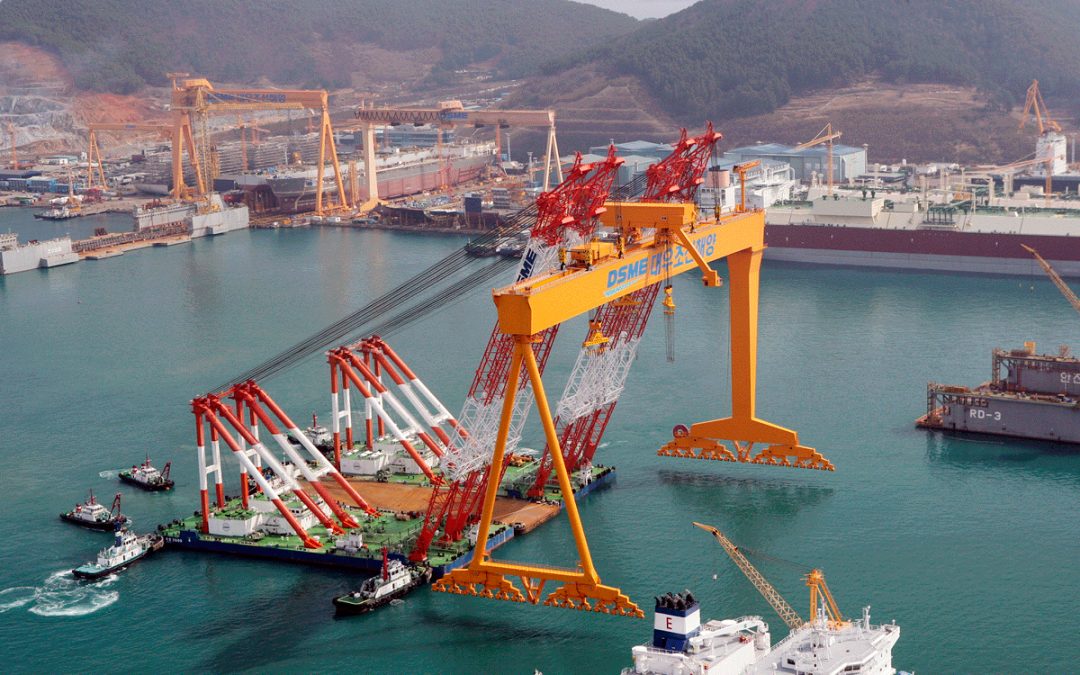 Korean shipbuilders regained the No. 1 spot in the world after pulling off a 10-fold increase in the number of orders won in the first quarter of the year compared to 2020. They received 5.32 million compensated gross tons (CGTs) in new orders for 126 ships in the first three months, accounting for 52 percent of the global total of 1,024 CGTs for 323 vessels and beating out their Chinese competitors. It was stark difference from a few years ago when the nation’s shipbuilders were viewed as a declining industry reeling from an absence of new orders amid fierce competition from China.

The decline of the local shipbuilding industry began in 2012 when China took the top place in new orders. As the sector entered drastic restructuring, Geoje and Ulsan, Korea’s two shipbuilding meccas, took a severe beating. Since Hyundai Heavy Industries cut a third of its executives in 2014, the industry’s workforce has shrunken to less than half its previous level.

Despite the dire situation, local shipbuilders did not give up hope. To prepare for surging demand for smart ships and eco-friendly vessels amid tightening environmental regulations, they upgraded their technology and focused on LNG-fueled ships. “K-shipbuilding” led by the big three ― Korea Shipbuilding & Offshore Engineering (KOSE) that has Hyundai Heavy and two more companies under its wing, Samsung Heavy Industries (SHI) and Daewoo Shipbuilding & Marine Engineering (DSME) ― accounted for 72 percent of the global eco-friendly vessel orders in the first quarter.

Although domestic shipbuilders took back the top spot, they have a long way to go to improve their profitability. Considering it takes at least a few years to deliver finished vessels, their bottom lines will get better from next year at the earliest. For an industry to reach the world’s top rank, it takes a lot of effort and investment. The shipbuilding sector’s revival is all the more significant because of its ripple effects.

In the rapidly changing industrial world, there can be no eternal winners. The welcome resurrection of Korean shipbuilders might have been impossible had it not been for their excruciating self-rescue efforts and technological innovation, and that presents the right direction for other manufacturers here to follow.