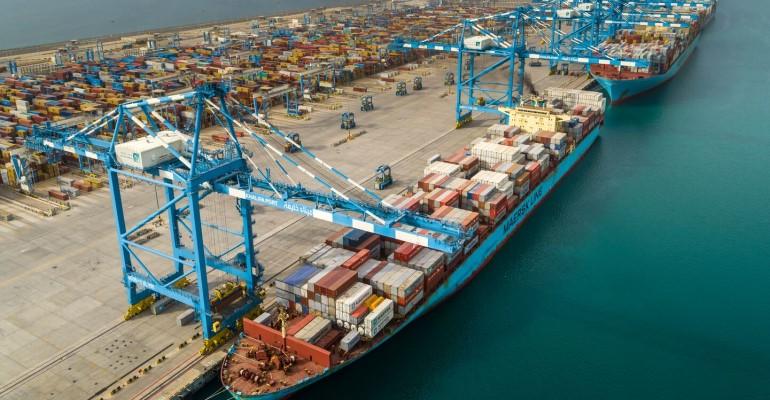 Khalifa Port Container Terminal (KPCT) saw throughput rise 6.3% to 3.4m teu last year, a figure that was more than double the total attained in 2015, of 1.5m teu. CMA CGM expects to open a new terminal at KPCT in early 2024, which has the potential to bring total capacity at the port to 10.6m teu, after Cosco and MSC also opened facilities at the port.

“The CPPI report cites the use of digital technology and green fuel alternatives as two of the major ways that countries are modernising their ports and making maritime supply chains more resilient—both areas in which Khalifa Port has excelled,” an AD Ports Group statement said Saturday.

“This ranking is another indicator of the high levels of performance that customers are receiving at Khalifa Port, with the full support of AD Ports Group’s integrated business clusters,” Captain Mohamed Al Shamisi, md and Group CEO, AD Ports Group, said.

“We have recognised the pressure that global supply chains are under and have worked hard to create efficiencies and new synergies in every area. We will continue to drive world-class performance levels at all our facilities.”

“We have deployed a leading team of professionals and technology at Khalifa Port, including automatic stacking cranes, aerial drones, and an automated terminal operation system. This has enabled us to deliver the highest standards of service, and we continue to deploy new innovations to ensure the best possible customer experience,” Saif Al Mazrouei, ceo ports cluster, AD Ports Group, said.

According to AD Ports, the CPPI is based on total port hours per ship call, defined as the elapsed time between when a ship reaches a port to its departure from the berth having completed its cargo exchange. “Greater or lesser workloads are accounted for by examining the underlying data within ten different call size ranges. Five distinct ship size groups are accounted for in the methodology given the potential for greater fuel and emissions savings on larger vessels,” it said.

AD Ports Group announced today that it will host the conference of the World Union of Wholesale Markets Conference 2022 in Abu Dhabi from October 20-22.