Keppel O&M Tries Out VR Goggles In The Shipyard 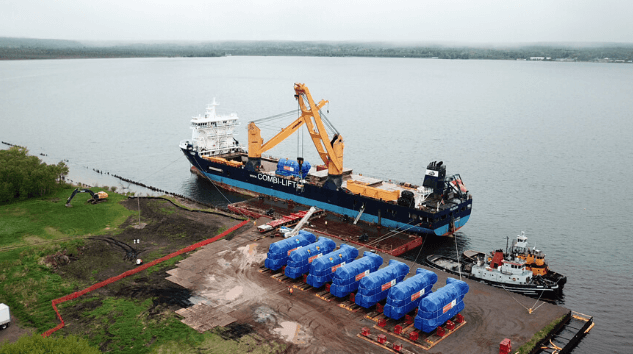 Keppel Offshore and Marine (Keppel O&M) is pushing the quest for digitalization to new heights after adopting a 5G enabled smart glasses solution that will empower workers at its yard in Singapore with real-time support and augmented work instructions.The company, which is putting digitalization to the core of its operations, has partnered with telecom firm M1 Limited (M1) to implement a 5G augmented and virtual reality (AR/VR) smart glasses system.

The smart glasses system is being implemented as a pilot project and is the first of its kind in Southeast Asia’s maritime industry. It is designed to address challenges identified during the pandemic for physical inspections, site and vessel surveys and audits.

“During the Covid-19 pandemic when safe management measures limited physical inspections and site surveys, we were the first to officially conduct remote inspections for a newbuild vessel with a classification society using smart glasses,” said Chris Ong, Keppel O&M CEO.

The pilot project received a grant from Singapore’s Infocomm Media Development Authority (IMDA) Innovation Program, which is looking for new business use-cases for 5G. Under the program, $21.7 million has been set aside to accelerate the adoption and commercialization of 5G solutions across various industries in Singapore.

The smart glasses have multiple applications and can be deployed in different phases of a project’s construction. Equipped with a camera lens, microphone, micro speaker and cellular or WIFI reception, the glasses are powered by software that can perform real time analyses and provide data to the wearer. The devices also enable the wearers to communicate seamlessly with a receiver or control room. They are also equipped with a micro projector, which can project a digital overlay of text and images within the wearer’s field of vision.

The smart glasses are being deployed for site inspections and for remote virtual walkthroughs. This allows Keppel engineers, clients and classification societies to perform pre-construction feasibility assessments simultaneously.

“The successful introduction of the smart glasses solution at Keppel O&M is a useful test case that can be scaled and replicated to boost operational efficiency and safety across businesses and industries,” said Manjot Singh Mann, M1 CEO.