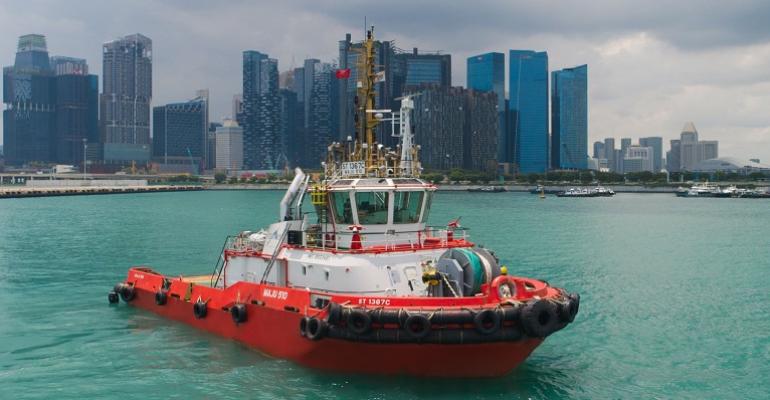 The 65-metre tug in Singapore is the first to receive the REMOTE-CON notation and is one of the projects used in the development of the recently published ABS Guide for Autonomous and Remote-Control Functions which included the notation and sets out a goal-based framework for the implementation of autonomous technologies.

A trial of the Maju 510 autonomous tug was successfully performed with it controlled from a remote location at the Maritime and Port Authority of Singapore’s Maritime Innovation Lab.

A second phase of trials later this year will see the tug perform collision avoidance tasks while under remote supervision.

“This landmark project demonstrates the rapid advance of remote control and autonomous technology at sea. This vessel is the first to receive the REMOTE-CON (NAV, OP1) notation and is blazing a trail others are sure to follow,” said said Patrick Ryan, ABS Senior Vice President, Global Engineering and Technology.