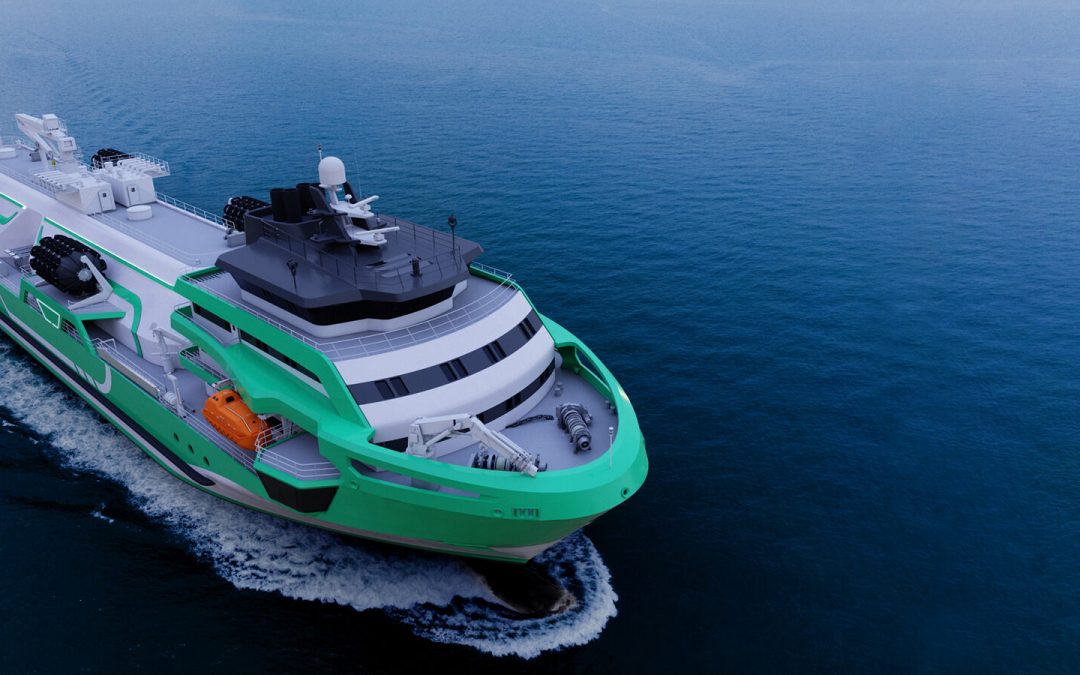 Danish marine consultancy Knud E. Hansen (KEH) has presented its design of a series of medium-capacity LNG bunkering tankers under the name of the X-gas Project.

With the X-gas Project, the company wanted to create a new platform that will support the clean energy transition.

The flagship design of the project is a 126.5 metres vessel with LNG capacity of 9,000 cubic metres, split between two type C tanks.

The platform is customizable and can be tailored to accommodate a range of tank capacities, as well as various containment systems including membrane tanks.

The company stresses a low-profile, forward deck house as the most unique feature of the X-gas platform. This enables the vessel to approach and pull alongside cruise ships with low-hanging lifeboats, and minimizes the need for ballast during cargo transfer, lowering operational costs. It also allows for larger cargo tanks without impeding bridge visibility.

The design features two propulsion thrusters aft and two bow thrusters, as well as an autodocking system for alongside mooring.

A novel diesel electric power and propulsion plant is included in the design. It reportedly consists of one of the most fuel efficient dual-fuel 4-stroke engines available.

Integrated with the propulsion plant is an Energy Storage System (ESS) with a lithium-ion battery bank that allows for engine load optimization with reduced methane slip. The batteries provide the power needed for cargo transfer, resulting in no emissions.

Boil-off gas from the cargo tanks is captured and consumed in the dual-fuel engines and the energy surplus can be stored in the batteries. Waste heat from the engine cooling water is converted to electric and thermal power through a number of ORC (Organic Rankine Cycle) waste heat units. Wasted energy captured during operation can be stored in accumulators and released as required to drive the absorption chiller and reduce the electrical load onboard.

Another design feature is an aft ‘energy bay’ that allows the vessel to provide containers loaded with fuel or stored electrical power to a receiving vessel.

Knud E. Hansen will be expanding the X-gas platform to accommodate zero emission fuels such as liquid and compressed hydrogen.