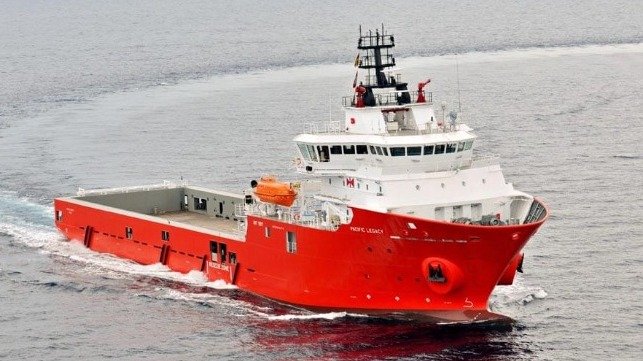 The vessels include the KL Brevikfjord, KL Barentsfjord, KL Brisfjord, and KL Brofjord, and the price was not disclosed. All will be delivered to REM by the end of the first quarter of 2022, and the sunset date for K-Line Offshore is set for the end of 2022 or the beginning of 2023.

“It was decided after careful consideration that the best solution should be to sell all the vessels and dissolve [K-Line Offshore] taking expected profitability of OSV business into consideration,” K-Line said in a statement.

According to K-Line, its OSV business had struggled since the oil market collapse of 2014-15; day rates for OSVs have never fully recovered, and the market remains heavily oversupplied.

In a statement, REM said that it was pleased to be taking over ownership and management of four high-spec OSVs, all sister ships built at STX in 2010-11. “To be able to own and manage them in the future will be a task we enter with respect, both towards the previous owners and their impeccable operational standards and towards the vessels themselves,” said REM.

K-Line is also planning to dispose of its two anchor handling tugs, KL Sandefjord and KL Saltfjord. A buyer for these two vessels has not yet been named.