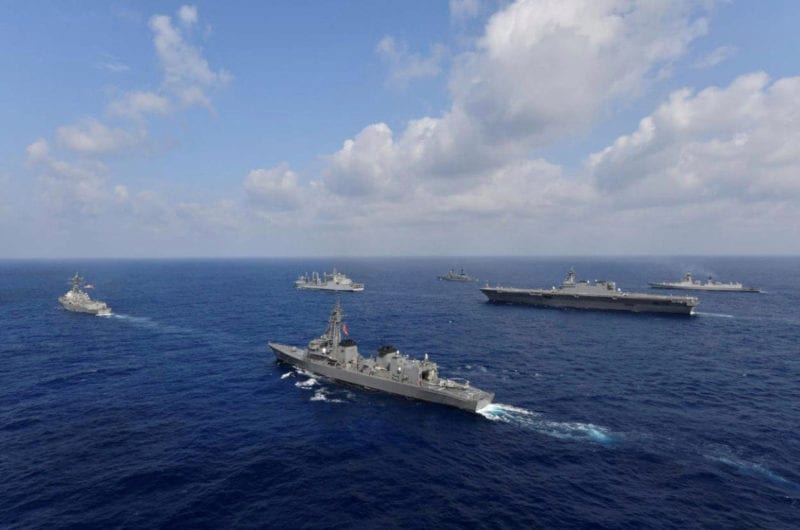 Basing Japan’s missile defence systems at sea may cost at least twice as much to complete as its now-abandoned plans for Aegis Ashore ground-based sites and delay it to 2028, a person with knowledge of the plans told.

Fitted with powerful Lockheed Martin Corp radars, Japan’s Aegis Ashore systems are meant to intercept missile strikes from North Korea and elsewhere. In June, defence minister Taro Kono suspended plans for two land sites, which would have cost about $2 billion to construct, citing the possibility that booster rockets could fall on local residents.

Instead, he suggested installing the systems on sea platforms or ships.

Defence ministry officials are considering several proposals, including putting Aegis on platforms resembling oil rigs, or on converted merchant ships or naval vessels. Kono’s successor, Nobuo Kishi, has said he will make a decision on the future of Aegis Ashore by year end.

Delays and higher costs could rekindle support for an onshore plan, as Japan’s public finances are strained by debt exacerbated by massive coronavirus economic aid spending.

A defence ministry official said he was unaware of the new cost and time estimates for missile defence at sea. The land-based Aegis Ashore batteries were scheduled to be operational in 2025.

Some of those proposals could cost more than $4 billion each, not including interceptor missiles and operating expenses, which would exceed those of land stations because of fuel, maintenance and larger crews, said the person familiar with the matter, who has seen estimates being discussed by defence ministry officials.

The person declined to be identified because of the sensitivity of the plans.

A destroyer has about 300 sailors, about 10 times more people than needed for a land site, according to Japan’s defence ministry.

“We are here to support whatever Japan needs, and in our mind, there is no option that is off the table,” said Tom Rowden, the vice president responsible for Lockheed’s overseas Rotary and Mission System business, including Aegis Ashore in Japan. “Our main focus here is to give Japan the capability that they need to be able to defend their country.”

In 2019, Japan listed China as its main security threat for the first time, pointing to Beijing’s burgeoning defense spending and military maneuvers. Japan has also said it is concerned about a resurgence in Russian activity around Japan.

Although Japan usually pays for big U.S.-built military projects through the U.S. government’s Foreign Military Sales program, it is buying SPY-7 directly from Lockheed and has paid half of the $300 million contract already.

The possibility that Aegis Ashore will be based at sea has spurred Raytheon Technologies Corp, which lost the contract to Lockheed in 2018, to promote its SPY-6 radar for Japan instead.

Defense ministry officials say they prefer the SPY-7 and are sticking with it. But some influential lawmakers from Japan’s ruling Liberal Democratic Party, such as former deputy defense minister and deputy foreign affairs minister Masahisa Sato, favor SPY-6 because the U.S. Navy plans to use it on new Aegis Ashore destroyers.