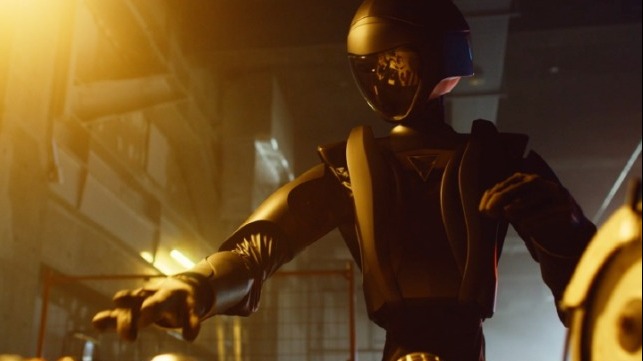 Japan’s Mitsui O.S.K. Lines is exploring a novel solution for the growing lack of seafarers as well as the need to improve safety and efficiency in its ocean-going shipping operations. MOL announced that it will undertake a study with Japan’s MELTIN to explore the adoption of MELTIN’s remote-control robotic technology in MOL’s ocean shipping-related operations.

MOL and MELTIN reported that they have been studying the possibility of addressing a wide variety of issues in the ocean shipping industry by introducing MELTIN’s technology. Founded in 2013, MELTIN MMI is pioneering in the cyborg business using bio-signal and robot technology. The companies plan to continue their previous discussions.

Under the new agreement, MOL and MELTIN will study the details specific to different vessel types and routes for the introduction of remotely controlled robots and associated technologies. The discussions will seek to determine the feasibility of the introduction of remotely controlled robots in ocean shipping. Among the issues that will be addressed is the level of onboard telecommunication technology required at sea, while they seek to move forward by implementing a proof of concept.

MOL believes that the use of robotic technology can help to address issues facing the shipping industry ranging from prevention of accidents to improving the efficiency of operations. Taking a longer-term view of the industry, MOL says it is critical to focus on new technologies such as autonomous navigation and remote operations.  The robotic technology they believe can be developed for use in dangerous areas, time-consuming work, and especially tasks in high and low-temperature environments.

Recently, there have been several studies citing the growing lack of seafarers and the potential for the industry to fall short of future requirements. Japan has been one of the nations cited as being challenged by an aging population and a lack of younger workers entering the maritime industry.