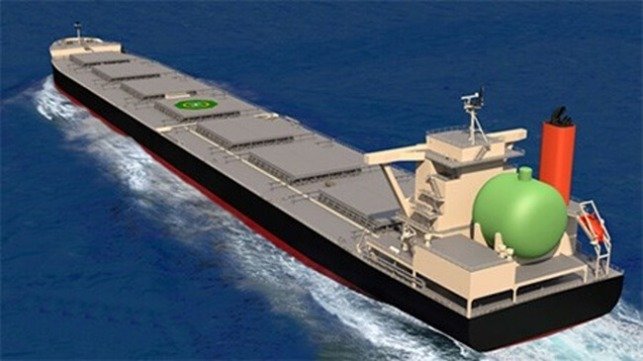 While LNG is being increasingly adopted by the shipping industry as a near-term path to lowering CO2 emissions, it is also drawing criticism from environmentalists and other organizations due to the release of methane into the atmosphere. A collation of Japanese companies is receiving support from Japan’s government for a new project to develop and demonstrate new technologies to reduce the harmful environmental impact from LNG-fueled vessels.

Shipping companies adopting LNG-fueled propulsion are quick to highlight the benefits of reduced SOx and NOx emissions, LNG fuel has the effect of reducing CO2emissions. Engines using LNG can be prone to the problem known as methane slip, where unburned fuel is expelled in the exhaust.

The challenges of addressing methane slip have contributed to the criticism of LNG. The World Bank in April 2021 released a report dismissing the long-term role of LNG based on the problems of methane slip. The financial institution recommended instead investing in ammonia and hydrogen-based fuels which it identified as the best solutions to address the need to reduce Greenhouse Gas emissions. The industry trade group SEA-LNG responded saying that the World Bank was using outdated information on methane slip and cautioned against waiting for future fuels that are yet to be proven. They contended that the engine manufacturers were making progress to reduce the release of methane.

In this project, the partners aim to achieve a methane slip reduction rate of more than 70 percent for LNG-fueled vessels over the next six years. The reduction will be achieved by combining methane oxidation catalysts and engine improvements thereby further reducing the environmental impact of LNG-fueled vessels

Yanmar Power will also commission Namura Shipbuilding, together with Hitachi Zosen and MOL to establish the technology required to install the system developed in this research on actual ships.

The system will be installed in a coal carrier built at the Namura Shipbuilding and operated by MOL for demonstration of the methane slip reduction technology. The partners said they will work to establish the technology as soon as possible. They plan to utilize the technology developed utilizing carbon-recycled methane for additional applications thereby reducing greenhouse gas emissions from the use of LNG.