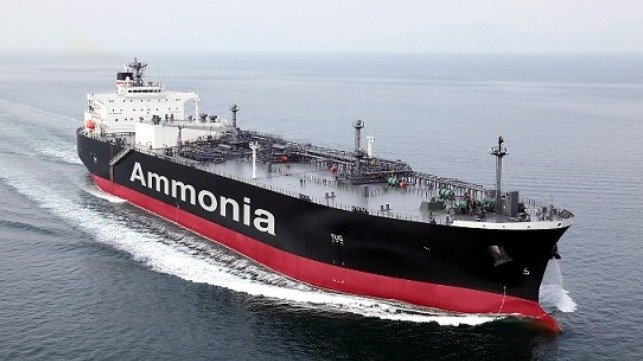 A consortium of Japanese companies announced that with the backing of Japan’s New Energy and Industrial Technology Development Organization (NEDO) they are beginning an effort to launch Japan’s first domestically produced ammonia-fueled engine by 2024 with a second larger application in 2026. The companies working with ClassNK are targeting the development of an internationally competitive ammonia-fueled vessel before other countries, and hope to lead the development of safety guidelines, laws and regulations related to ammonia-fueled vessels.

NYK Line will be the project manager and take the lead on the design for the first project, working with IHI Power Systems on the research and design of a four-stroke engine. ClassNK will produce the safety assessment for the project.

The first project is seeking to develop a tugboat that uses the engine. During this phase of the project, the companies expect that they will have to overcome a bottleneck as ammonia is flame retardant. The assumption is that a small amount of fuel oil will be used in the pilot project to achieve an ammonia fuel mixed combustion rate of 80% percent or higher.

During the first project expected to be completed within three years, the companies will confirm the safe operation in demonstrations aimed to improve the mixed combustion rate. They will also explore in the future achieving zero GHG emissions by using biofuel as a pilot fuel.

The second project is targeting a larger-scale gas carrier designed to both transport and operate on ammonia. Ammonia gas vaporized from the cargo would be the fuel during the voyage. The companies aim to reduce GHG emissions by achieving a maximum ammonia fuel mixed combustion rate of 95 percent for the ship’s main engine, and an ammonia fuel mixed combustion rate of 80 percent or more for the auxiliary engine that runs the generator.

NYK Line will also be the project manager and designer in the second project working with Japan Engine Corporation that will lead the research and design of the two-stroke engine main engine. IHI Power Systems will research and design the four-stroke auxiliary engine while Nihon Shipyard Co. will develop the hull and plan the ship construction methods. ClassNK will again undertake all the safety assessments.

To achieve these goals, NYK notes that marine engine manufacturers, shipyards, class societies, and shipping companies in Japan will work together to cooperate from the research and development stage to engine development, shipbuilding, and commercialization.