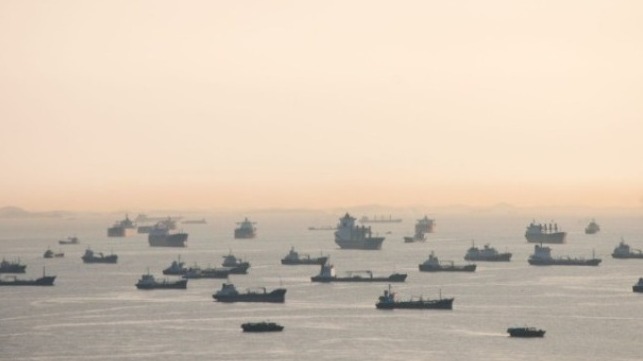 The International Transport Workers’ Federation (ITF) joined the organizations calling for a resolution to the standoff that has left 41 Indian seafarers, along with additional seafarers from other nations, for months waiting off a Chinese port. The union is urging the governments of China, India, and Australia to collaborate to end the stalemate around the berthing of the coal-carrying vessels in Chinese ports.

A growing trade dispute between Australia and China started in June with China refusing the shipments of coal into its ports and now reported to be expanding to timber and possibly other imports. This has left more than 20 vessels loaded with coal waiting outside the Chinese ports, but two Indian vessels, in particular, have become the symbol of dispute.

Last week, the Indian seafarers’ union went public over the dispute calling for a flood of emails to the International Maritime Organization to highlight the fate of members trapped at sea for up to 20 months. The Jag Anand with a crew of 23 has been waiting since June and the Anastasia with a crew of 18 has been outside the port since August.

Abdulgani Y. Serang, General Secretary of the National Union of Seafarers of India, the ITF Seafarers’ Section Committee Asia-Pacific Vice Chair and an ITF Executive Board member, said that his union and the ITF have repeatedly raised the issue with the company and official channels through the International Maritime Organization in recent months.

“We have at hand a humanitarian crisis on board where the entire crew is fatigued and requires urgent relief. They are mentally and physically exhausted due to their prolonged time on board,” said Serang. According to the union, the ships are the innocent parties caught between the two nations.

The ITF is also using the situation to yet again call attention to the issue of crew changes and the importance of governments to facilitate crew movements for the welfare of the individuals. The crew of the Jag Anand has been aboard between 13 and 20 months.

“All governments – be it flag States, port States, or the seafarers’ home countries – need to lift their game to make it easier to perform needed crew changes of this tired and fatigued workforce,” said ITF Seafarers’ and Inland Navigation Section Coordinator, Fabrizio Barcellona. “It shouldn’t have to take a geopolitical dispute for Ministers to realize that there is a major humanitarian crisis on their shores. Having over-contract crew anywhere in the world is unacceptable and a recipe for human and environmental disaster,” concluded Barcellona.

The union representatives report that neighboring countries have offered to buy the coal to help resolve the situation. “We suggested that if crew change is not possible, then at least the cargo could be discharged so the ship can move on and sign off the crew at the next convenient port,” said Serang.

For its part, China continues to reiterate that the vessels are free to depart. It says they have not been detained by the Chinese authorities.

The ITF said whatever the reason for the stalemate, the time has come for the governments to put aside their disputes and focus on supporting these seafarers caught in the situation by no fault of their own.