Iran to become a Major Transit Route for India, Russia 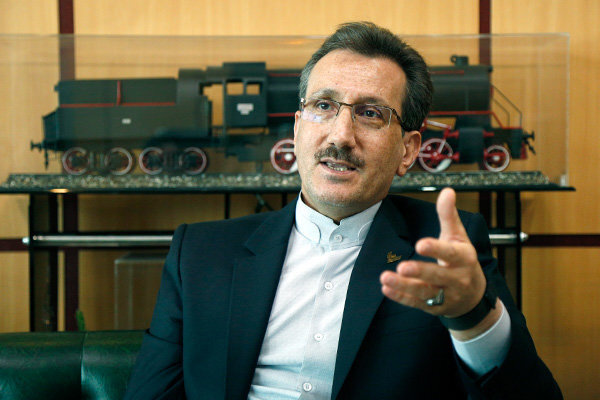 Iran has reached agreements with Russia and India for transiting the mentioned countries’ commodities through its rail network, a source reported quoting the Head of the Islamic Republic of Iran Railways (known as RAI) as saying recently.
“In the field of rail transportation, the Islamic Republic of Iran Railways has had good achievements, including the agreements reached with India and Russia, based on which huge transit cargoes from these two countries will pass through the Iranian railway corridor,” Saeed Rasouli said recently in a meeting with the parliament’s Development Committee members.
“All efforts are being made in the railways of the Islamic Republic of Iran to make the best possible use of today’s railway capacities; In this regard, the issue of promoting the share of rail transportation is seriously pursued and the prepared programs will be presented to the parliament in a report”, he added.
The deputy transport minister further said out of the total amount of cargo transported in the last Iranian calendar year (ended on March 19), which was 513 million tons, 208 million tons were transported through rail routes.
The official emphasized that serious measures should be taken in order to increase the share of the railway in the country’s cargo transportation, including the development of the national rail network in less-developed regions and also zeroing the value-added tax in this sector.
Back in July, Rasouli had said that Iran can use its eastern railway corridor for transiting commodities between Russia and India and also among CIS countries.
Mentioning the beginning of the track-laying operations for Chabahar-Zahedan railway, Rasouli said: “So far we haven’t been able to use the full capacities of Chabahar port since it wasn’t connected to the railway network, but with the completion of this line the port can become a transit hub in the region.”
Source:- Daily Shipping Times