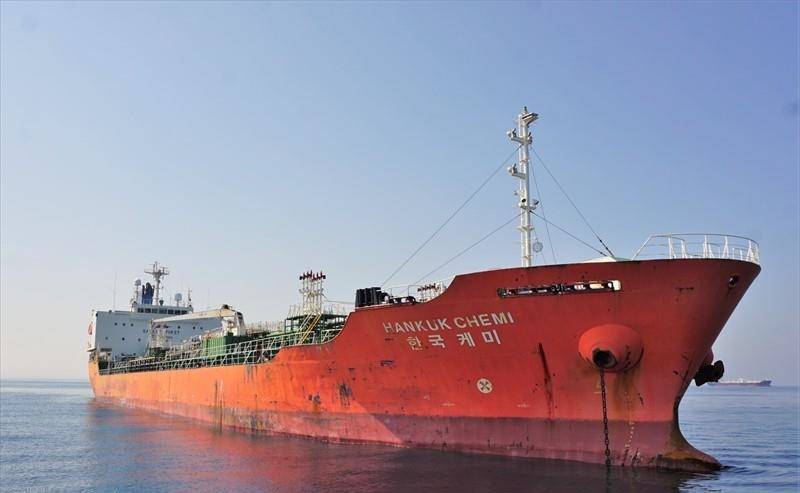 Iran agreed to release the crew of a South Korean chemical tanker that it detained at the beginning of January. South Korea’s foreign ministry confirmed that after weeks of negations, nineteen of the crew members are being released. The vessel, the 17,427 dwt tanker Hankuk Chemi, and the vessel’s captain will remain in Iran.

“Following the request of the South Korean government and the assistance of the [Iranian] Judiciary within the framework of judicial regulations, the crew of the South Korean ship, which was detained on charges of environmental pollution in the Persian Gulf, have received the permission of the Islamic Republic of Iran to leave the country in a humanitarian move,” said Foreign Ministry Spokesman Saeed Khatibzadeh.

The decision to release the crew reportedly came after a telephone conversation between the Deputy Foreign Ministers of Iran and South Korea which discussed the tanker and its crew as well as Iran’s ongoing demands that South Korea release billions of dollars of Iranian assets frozen in Korean banks due to the U.S. economic sanctions on Iran.

South Korea’s Foreign Ministry said in a statement. that they, “shared the view that the release of the sailors was an important first step to restore trust between the two countries. The ministry also said that they will work to resolve the issue of frozen Iranian assets in South Korean banks.

Just last week, Iran had again rebuffed South Korea’s attempts at diplomatic actions to resolve the incident. Khatibzadeh was quoted by the Iranian ISNA news agency as saying, “We don’t accept political mediation on technical issues and we informed the South Koreans of this issue.”

Soldiers from the Islamic Revolution Guards stormed the South Korean-flagged Hankuk Chemi on January 4 reportedly on a request by Iran’s Ports and Maritime Organization. The tanker had departed Saudi Arabia’s Al Jubail port sailing to Fujairah, UAE when the vessel was approached by the Iranian Navy and diverted into Iran’s southern port city of Bandar Abbas. Iran said the vessel was being detained for environmental pollution in the Persian Gulf.

After the vessel was seized, South Korea sent a delegation to Iran to negotiate its release and also approached Qatar to possibly act as a mediator for the release of the crew.