Iran Oil Exports To China On The Rise, West ‘Distracted’ By Russia-Ukraine 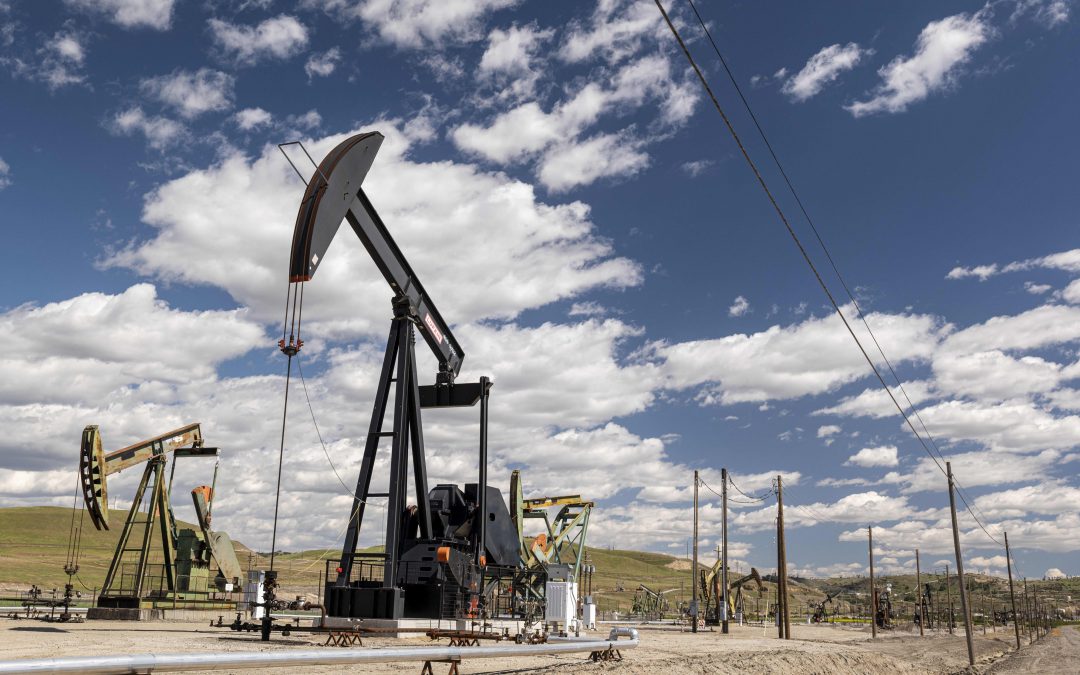 Iran is becoming brazen in its oil export activities despite international sanctions, and more customers are preparing for trade should sanctions be lifted.

China’s determination to bring Iran into its sphere of influence, and Iran’s increasing ability to evade international sanctions on oil consignments due to the crisis in the European theatre, mean the Islamic Republic is likely to become more brazen over hydrocarbon exports in future, a US-based energy expert has told Seatrade Maritime News.

“Iran is an integral part of China’s Belt and Road Initiative. China has spent billions of dollars on its relationship with Iran and is positioning itself to spend billions more. This relationship is for the long term, covering the security, defense, and energy sectors. Iran is able to mitigate the effect of sanctions, and China can further its geopolitical ambitions to transform from a regional to global power,” Justin Dargin, an analyst at Oxford University, said.

The increase in illicit Iranian exports can be perceived as the Iranian government assessing the Biden administration’s resolve to intervene forcefully, Dargin believes. A focus on bringing Iran back to the negotiating table, domestic concerns over Covid and inflation, and the US and EU efforts to restrain Russia, have encouraged Iran to pursue its sanctions-busting activity without fear of repercussions.

“Also, while Obama initiated the American ‘retreat’ from the Middle East to implement the Asian pivot, Trump exacerbated the perception of American isolationism. The White House’s chaotic withdrawal from Afghanistan fed the perception that the US’s Middle East policy lacks any coherence. As a result, it is the perfect vacuum for China to enlarge its relationship with Iran. The Biden Administration has not attempted to punish to any appreciable degree the sanctions-evading activity,” he said.

“In light of these factors, it is likely that Iran will continue to engage and even expand its oil exports beneath the radar. It could become even more brazen in the process as Iran’s customers disregard the threat of an American response while the US is entangled in the European theatre.”

Iran also anticipates that sanctions will be lifted soon as the world seeks additional oil supplies to mitigate Russian sanctions, amid supply shortfalls and volatility, Dargin said. The National Iranian Tanker Company (NITC) recently announced that it will construct new crude tankers while it sends about 24 aging ships to be repaired in a bid to return to the global market.

“This shows that Iran is readying itself to begin exports in short order. Several NITC tankers have even begun transiting international waters with their Automatic Identification Systems (AIS) turned on in highly visible trade with Iran’s Asian customers,” he said.

“Iran does have one of the largest tanker fleets globally, with an approximate total deadweight of 15.5m tons. Still, it will take enormous modernisation—inspection, testing, certification, and renovating and refurbishing—to restore the fleet to transit international waters in an appreciable capacity. But, with the windfall profits Iran has, it will not be economically hurting as it was several years ago.”

When the Trump administration reimposed sanctions to further isolate Iran under its ‘maximum pressure’ framework, Iranian production dropped precipitously after 2018, but has since rebounded to pre-sanctions levels of approximately 3.8m barrels per day (mbpd) in anticipation that sanctions will be lifted at some point in the near future.

“However, while Biden entered office hoping that the nuclear deal could be revived, expectancy has fallen due to the stark rise in oil prices and increases in exports to Iran’s main allies, both of which reduced the internal and external pressure on Iran to compromise,” he said.

In the wake of the Russian invasion and the need for more global oil supply, there is little appetite to place additional pressure on Iran. Most of Iran’s oil heads to China, and China is buying more oil now than before the sanctions. India was purchasing Iranian oil but ceased in mid-2019 to comply with American sanctions, Dargin said.

“However, India is ready to buy Iranian crude once sanctions are lifted as its refiners have begun prepping. The Indian government has created a contractual template to swiftly reenter negotiations once Iranian oil is somewhat sanitised. This is also the trend with Iran’s other major Asian customers, such as South Korea, constructing the groundwork with working talks for importing Iranian crude, which is reasonably priced and simple to process compared to other grades,” he said.

The White House believes that China tranships Iranian crude to North Korea. Syria, Lebanon, and Iraq are other regional customers, while Malaysia and other countries serve as transhipment points to relabel the oil. Companies from several countries, some in Southern Africa, are being investigated for facilitating illicit Iranian oil trade, Dargin said.

“To sum up, it appears that Iran is becoming quite brazen with its oil exports, even with the hope of a speedy ‘legal’ return to the global market somewhat in tatters at the moment. Iranian ships have begun to turn on their AIS and China is importing ever-higher amounts of Iranian crude,” he said.

“Further, Iran is banking on the fact that the US and Europe are distracted by the European theater to take much notice or express concern about its activities. It seems that the global community will also, if not facilitate, then turn a blind eye to, Iranian shipments, if this relieves the pressure on the global oil market in the prelude to a continental-wide Russian oil ban.”