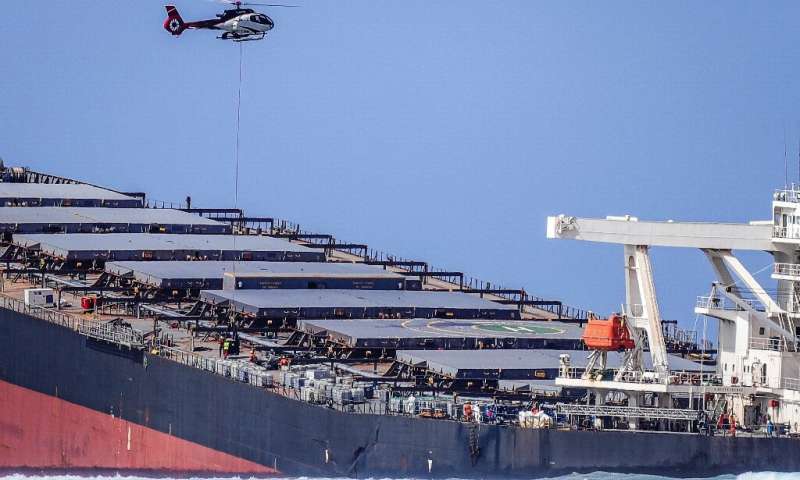 The crew of the Wakashio bulk carrier, which split in two on reefs off Mauritius on Saturday, are due to face further interviews this week, while investigators are also set to check the contents of the stricken Japanese vessel’s voyage data recorder (VDR) in the coming days.

The Panamanian-flagged Wakashio, owned by Japan’s Nagashiki Shipping, ran aground near UNESCO protected sites on July 25, having deviated from its course.

Salvage teams are working to drag the fore part of the ship off the reef, but the operation has been hit by bad weather.

The ship splitting in two also resulted in a quantity of oil and grease entering the water, which has been difficult to control due to the poor weather conditions.

More officials from both Japan and Panama are arriving in Mauritius this week to assist in the investigation.

The Panamanian flag has stepped back from its initial suggestion that the accident was likely caused by bad weather. Its latest release on the accident states that “the ship ran aground, without the causes of the event having been determined so far, due to mechanical failure or human error”.

An earlier suggestion from Panamanian authorities that the newcastlemax had grounded because of bad weather on July 25 was refuted by data providers who had access to the local weather conditions on the day of the disaster.